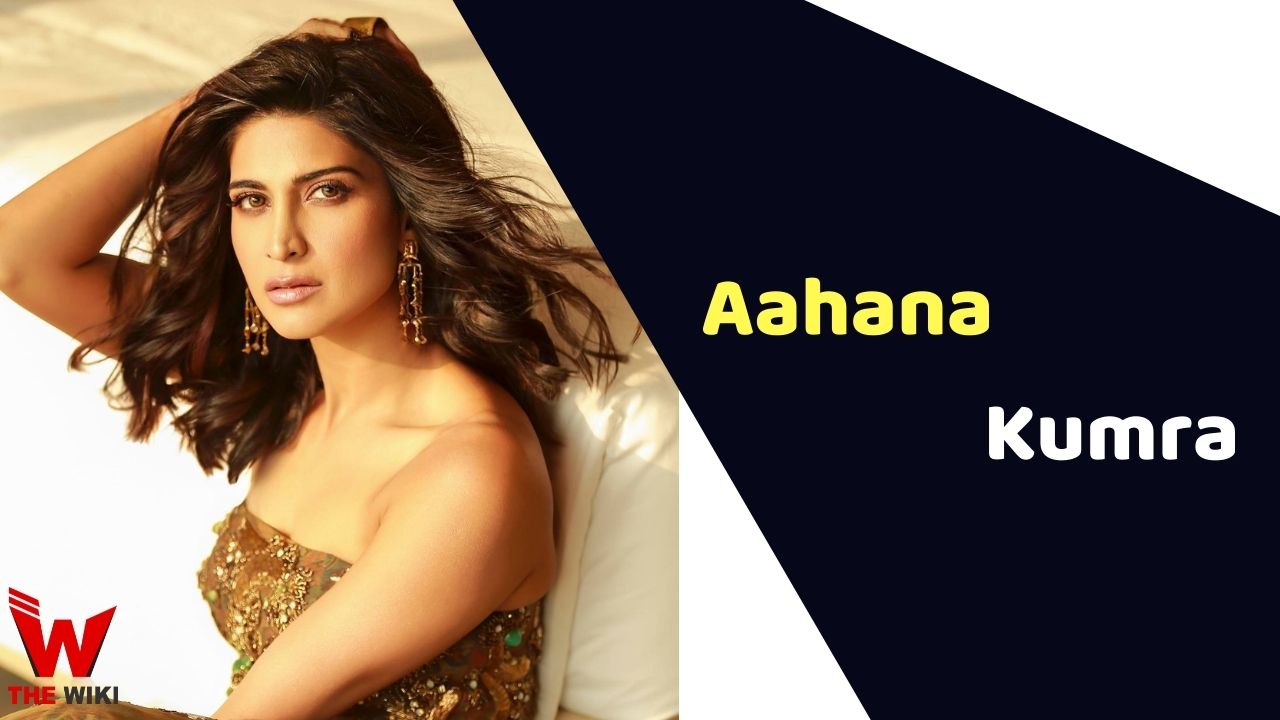 Aahana Kumra was born on 1 May 1985 in Lucknow, Uttar Pradesh. Her father’s name is Sushil Kumra who is a former Vice President at Lupin Ltd, and her mother Suresh Kumra, former DSP in UP Police. Aahana has two siblings named Karan Kumra and Shivani Kumra. She did her schooling at Mary Immaculate Girls’ High School, Mumbai, La Martiniere Girls College, Lucknow. She has done graduation in Commerce and Economics from HR College of Commerce, Mumbai. Kumra holds a diploma in vocational advertising.

Aahana began her acting career with the short film Mai written and directed by Surya Menon. She was seen opposite to Ratna Pathak Shah in the character of Tisha in year 2009. She debuted with the Bollywood drama film Sona Spa as Ritu in 2013. She did a supporting role of Jaya in the thriller movie The Blueberry Hunt in 2016. The Next year, she appeared in critically acclaimed film Lipstick Under My Burkha as Leela. The film shows the hidden lives of four women seeking freedom.

In 2018, Aahana starred as Lali Kumar in the romantic-drama film Yours Truly. Later she got opportunity to play lead role of Priyanka Gandhi in Anupam Kher and Akshay Khanna starrer biographical drama film The Accidental Prime Minister. Aahana subsequently worked in many movies including Khuda Haafiz, Shamshera, Bawri Chhori etc.

Along with films, Aahana made her debut with the American television serial Bollywood Hero in 2009. In 2014, she got featured in the psychological-thriller serial Yudh as Taruni Sikarwar aired on Sony TV. She played the role of Agent Trisha Dewan, leader of the Crime Branch Special Unit in the tv crime fiction-anthology series Agent Raghav in 2015.

Some Facts About Aahana Kumra

If you have more details about Aahana Kumra. Please comment below we will updated within a hour.