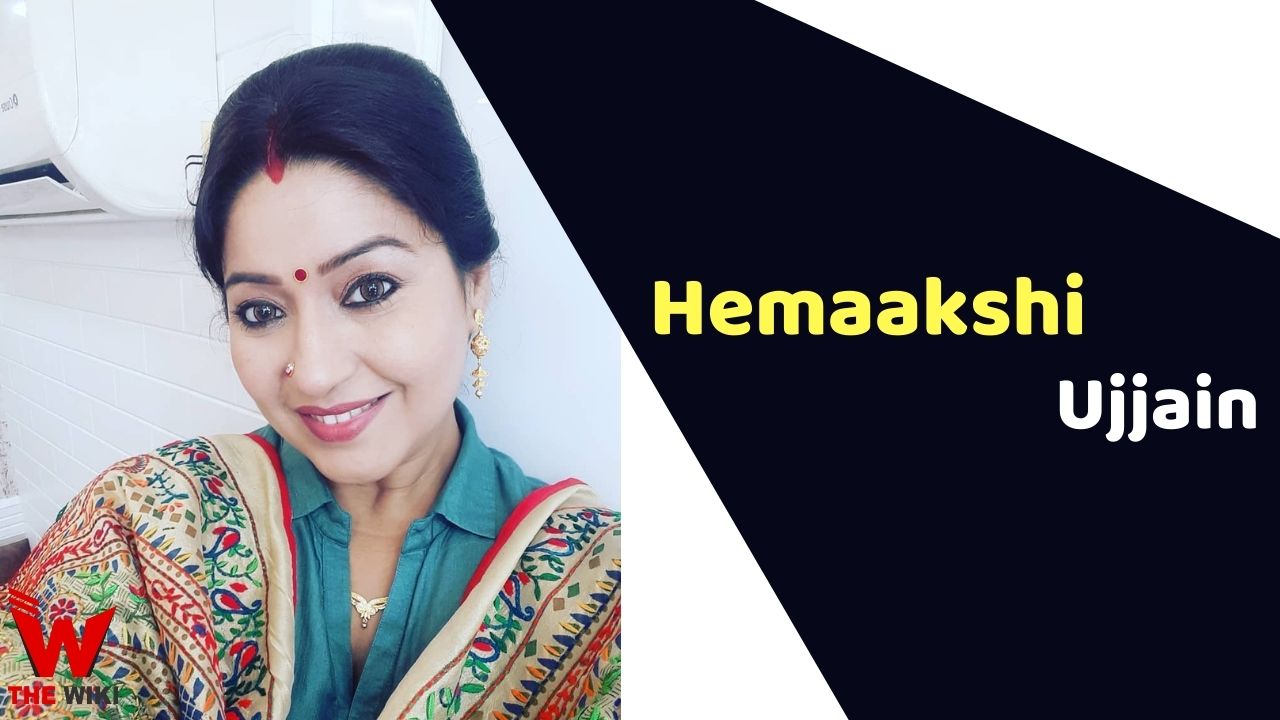 Hemaakshi Ujjain is an Indian television actress.She is known for her role in Sony SAB’s daily soap Kaatelal and Sons. She has also appeared in TV shows such as Ramayan, Kahaan Hum Kahaan Tum, Na Umra Ki Seema Ho, and Navya.

Hemaakshi Ujjain was born on 30 October 1986 in Kota, Rajasthan. She completed her schooling at Dayanand Saraswati School, Kota, and passed out in 1996. Hemaakshi has further obtained her post-graduation degree from Jagannath University, Jaipur. She has also studied at SIWS College, Mumbai.

Hemaakshi’s father wanted her to become an engineer but her interest in acting and modeling brought her to Mumbai. Initially, she worked as a model for magazines and later on worked in some television commercials and projects. She is best known for her appearance as Kakai Mata in the TV serial Ramayan which aired in 2008. Besides, she has done episodic shows like Crime Patrol.

After that, she acted in many television shows but came into the limelight with Star Plus’ TV serial Navya – Naye Dhadkan Naye Sawaal. In the show, she played the role of the male lead’s mother Sugandha Bajpai. The same year, she worked in Kitani Mohabbat Hai 2 as Preeti Ahluwalia.

Her another popular role was of Netra Singh Anand in a popular daily soap Kahaan Hum Kahaan Tum starring Deepika Kakkar and Karan Grover. The show aired from 17 June 2019 to 14 March 2020 on Star Plus. Hemaakshi is currently working in Na Umra Ki Seema Ho, airing on Star Bharat channel.

She is married to actor and producer Ravi Singh Ujjain. The couple has been blessed with twin boys – Yashraj and Yuvraj.

Some Facts About Hemaakshi Ujjain

If you have more details about Hemaakshi Ujjain. Please comment below we will updated within a hour.