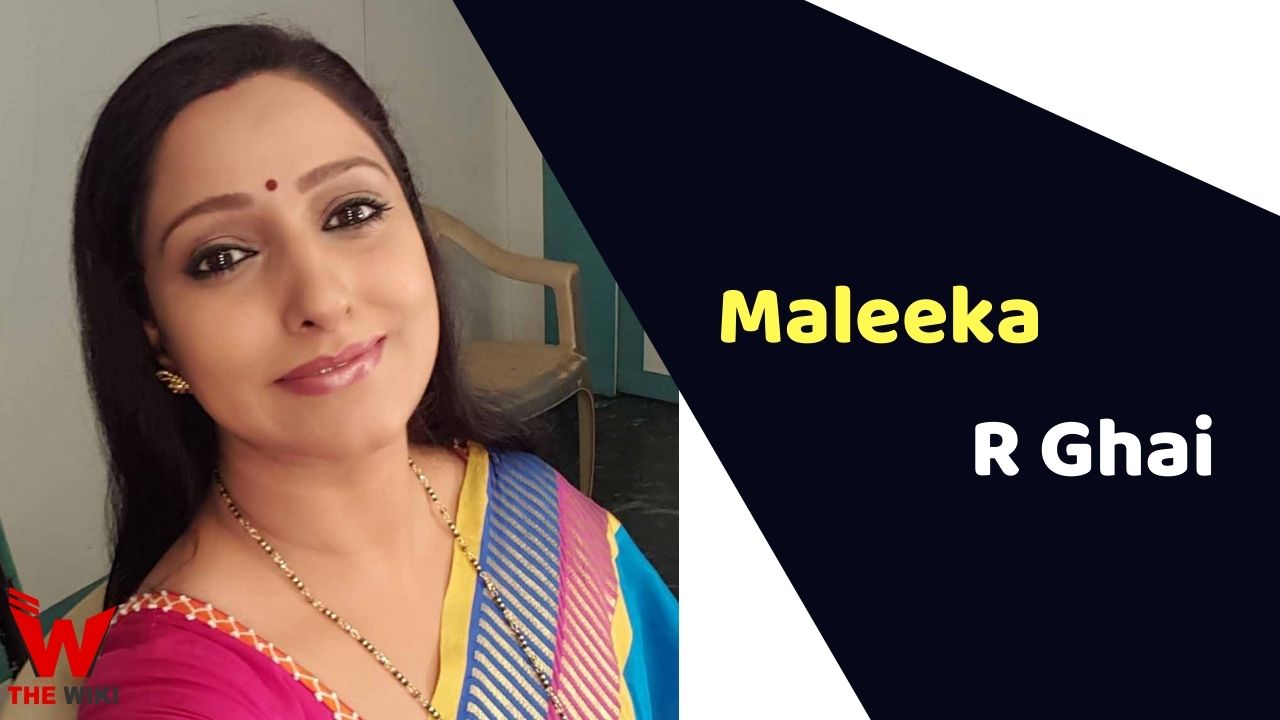 Maleeka R Ghai is an Indian television actress and lyricist. She is popularly known for her work in television serials like Desh Ki Beti, Dharmakshetra, Kismat Connection, Sarawatichandra, Shapath , Mirasan, and Sahiba. She was involved in many films in the early 1990s and worked with all the famous producers and filmmakers.

Maleeka Ghai was born on 12 July 1977 in Delhi, India. Her father’s name is Shri Rajendra Ghai. She has a brother named Dipesh R Ghai.

After a long break, Maleeka made a comeback through political-drama series Desh Ki Beti Nandini as Aanchal Pandey aired on Sony TV in 2013. In 2014, she played the role of Gandhari in the tv mythological-drama series Dharmakshetra aired on The EPIC Channel. She appeared in the series Meri Aashiqui Tum Se Hi as Madhvi Parekh (Harshad’s sister) broadcasted on Colors TV in 2014. The concept got adapted from a British novel named Wuthering Heights.

In 2014, she starred as Saraswati in the Star Plus show Saraswatichandra. She acted in the dance-fiction D4- Get Up and Dance as Mrs. Kavita Sinha in 2016. The Next year, she featured as Bhadramaa, a witch and Queen Iravati’s former chief advisor in the Colors TV supernatural-fantasy series Chandrakanta – Ek Mayavi Prem Gaatha in 2017. Later she performed Kanupriya in Aarambh and Sangeeta in Dhappa.

Some Facts About Maleeka R Ghai

If you have more details about Maleeka R Ghai. Please comment below we will updated within a hour.