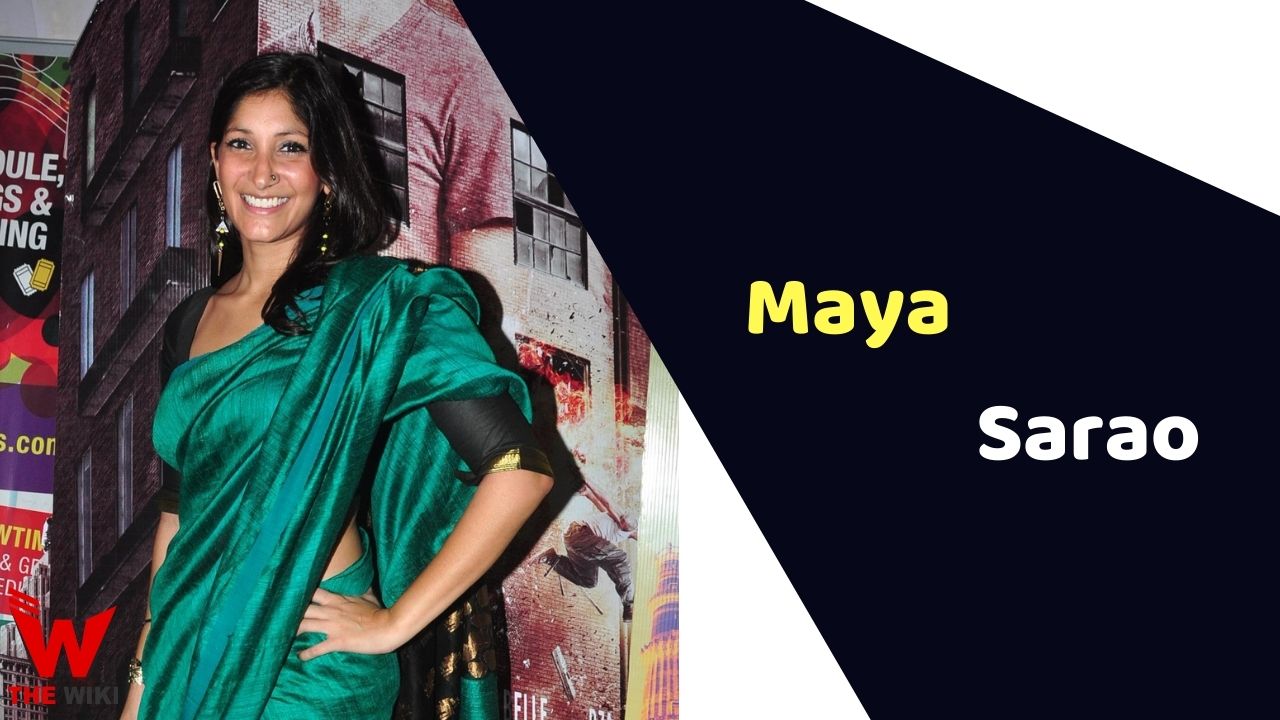 Maya Sarao is an Indian film and television actress, copywriter, and fashion designer. She is best known for playing role of Maya in Disney+ Hotstar web series Aarya. She has also played important characters in films like London Has Fallen, One by Two and Thappad.

Maya Sarao was born on 30 July in Mumbai, Maharashtra. Her mother’s name is Pavane Mann. Maya commenced her career with the drama-sport movie Patiala House as Manmeet Kahlon in 2011. In 2012, she appeared in the animation adventure-comedy film Delhi Safari as Starlet. The movie is about a group of animals who are planning a journey to Delhi.

Maya got featured in the 2013 comedy-drama movie Ankhon Dekhi as Rita. The Next year, she played the role of Shaila Rizvi in the comedy drama-romance film One by Two in 2014. In 2017, she acted in the drama film Bioscopewala as Ghazala. She starred in the drama movie No Fathers in Kashmir as Parveena in 2019. In 2020, she performed as Advocate Netra Jaisingh in the drama movie Thappad starring along with Taapsee Pannu.

Some Facts About Maya Sarao

If you have more details about Maya Sarao. Please comment below we will updated within a hour.