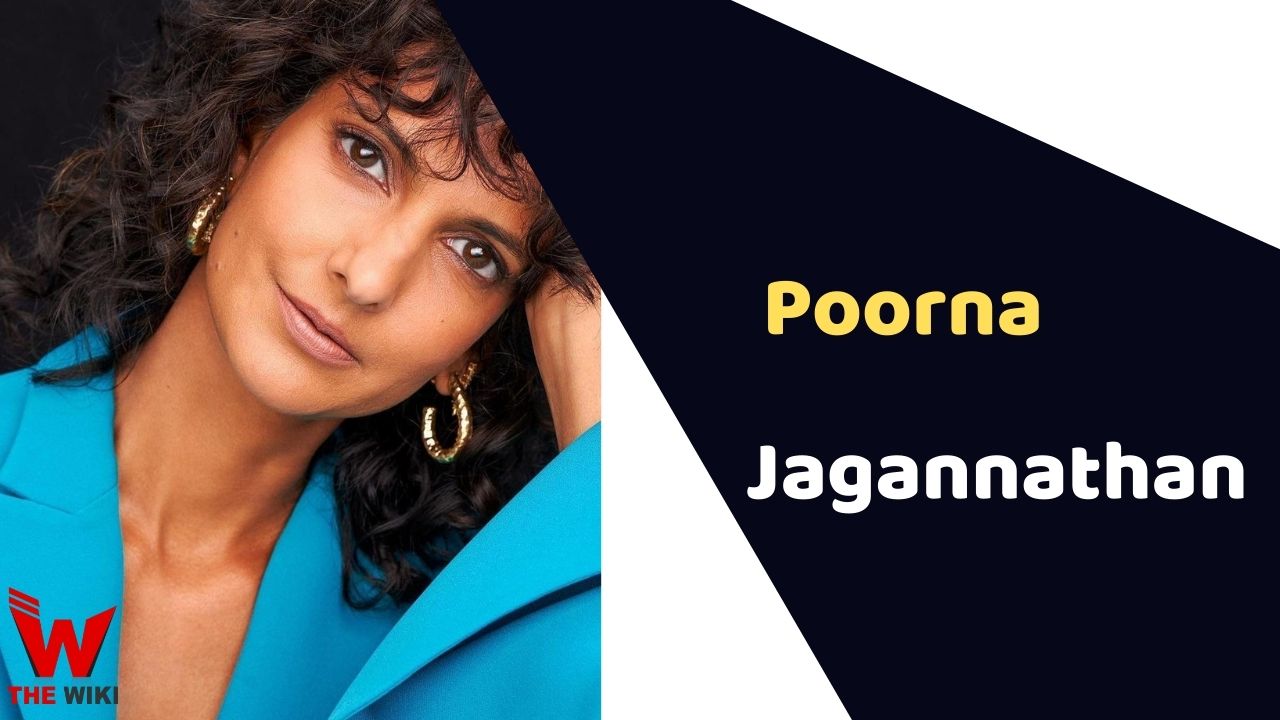 Poorna Jagannathan is an American television and movie actress & producer of Indian origin. She has popularly known for her role in the Netflix teen comedy series Never Have I Ever as Nalini Vishwakumar. She has worked in the Hindi entertainment industry. In 2014, she got ranked by Verve magazine as one of India’s 50 most powerful women. She has also been titled Asia’s Most Influential Women in 2021. She played Nirbhaya and won the Amnesty International Award in 2013.

Poorna Jagannathan was born on December 22, 1972, in Tunis, Tunisia. She is the daughter of Indian diplomat Krish Krishnan and Vasantha Krishnan. She grew up in various countries including Pakistan, Ireland, India, Brazil, and Argentina.

Poorna completed her graduation from the University of Brasilia and University of Maryland College Park. She enrolled herself at Actors Studio Drama School of Pace University but she dropped out after first year.

Before starting her career in acting, she had worked 15 years working for advertising agencies like Deutsg Inc, Ogilvy, and TBWA\\Worldwide. She also has her own consultancy company named Cowgirls and Indians.

Poorna started her career with the comedy-drama film She Hate Me as song’s Girlfriend in 2004. In 2005, she acted in the comedy-drama movie The Weather Man as NY Pedestrian. She played the role of Menaka Vashisht in the 2011 action-comedy movie Delhi Belly. The film got remade in Tamil as Settai. Poorna debuted with the television legal-drama series Law & Order as Rehana Khemlani in 2004.

She got cast in the comedy-drama series Rescue Me as Dr. Klein in 2006. In 2016, she starred in the crime-drama mini-series The Night Of as Safar Khan. In 2013, she became part of Bollywood superhit movie Yeh Jawaani Hai Deewani as Riana Sarai starring opposite to Ranbir Kapoor and Deepika Padukone.

In 2018, Poorna was featured in the action-thriller movie Mile 22 as Ambassador Dorothy Brady. She appeared in the drama film Share as Kerri Lundy in 2019, based on the short movie of Bianco of the same name. She performed in the drama movie Alia’s Birth as Jaime in 2021.

In 2017, Poorna essayed the role of a divorced therapist Larin Inamdar in the drama serial Gypsy. She subsequently appeared in the 2020 crime-drama series Defending Jacob as Elizabeth Vogel. She starred in the comedy-drama series Never Have I Ever as Dr. Nalini Vishwakumar aired on Netflix in 2020. She did a Netflix comedy film, The Out Laws as Rehan in 2022.

Poorna Jagannathan tied the knot with her long-term boyfriend Azad Oommen in the year 2003. The couples are proud parents of a son. She shares a very tight bond with her family and enjoys spending time with them, more specifically with her siblings Sean T. Krishnan and Sharada.

Some Facts About Poorna Jagannathan

If you have more details about Poorna Jagannathan. Please comment below we will update within an hour.