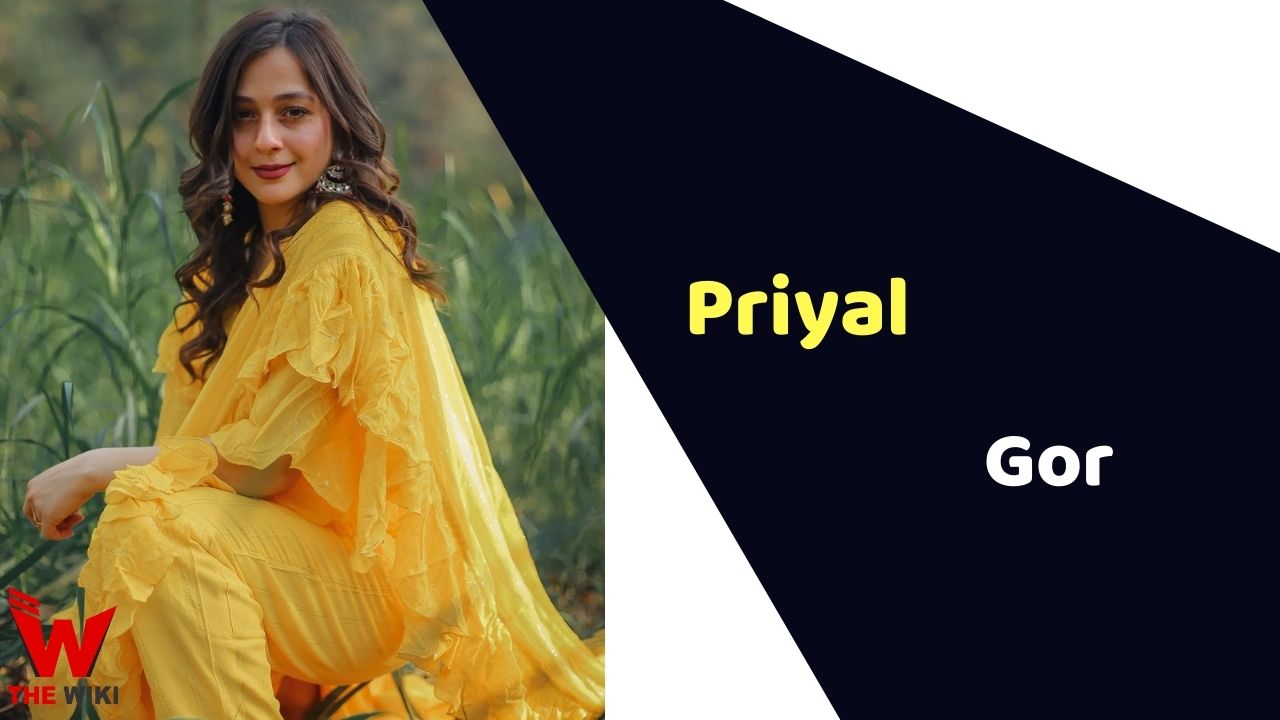 Priyal Gor is an Indian television and film actress. She is known for playing female protagonist role in SAB TV’s show Ichhapyaari Naagin. She also worked in several films such as Saheba Subramanyam, Anarkali, Chandamama Raave and Just U & Me. Priyal has been active in acting industry since 2010.

Priyal Gor was born on 2 November 1994 in Mumbai, Maharashtra to Yogesh and Vandana Gor. She has two sibling named Neeraj Gor and Ekta Gor.

Apart from television, Priyal is quite active in digal space and has been worked in web series Maaya season 2, Qubool Hai 2.0 and Love Bites.

Priyal was in news for her relationship with her ‘Dekha Ek Khwaab’ co-actor Ashish Kapoor. They parted ways soon after the show ended.

Some Facts About Priyal Gor

If you have more details about Priyal Gor. Please comment below we will updated within a hour.