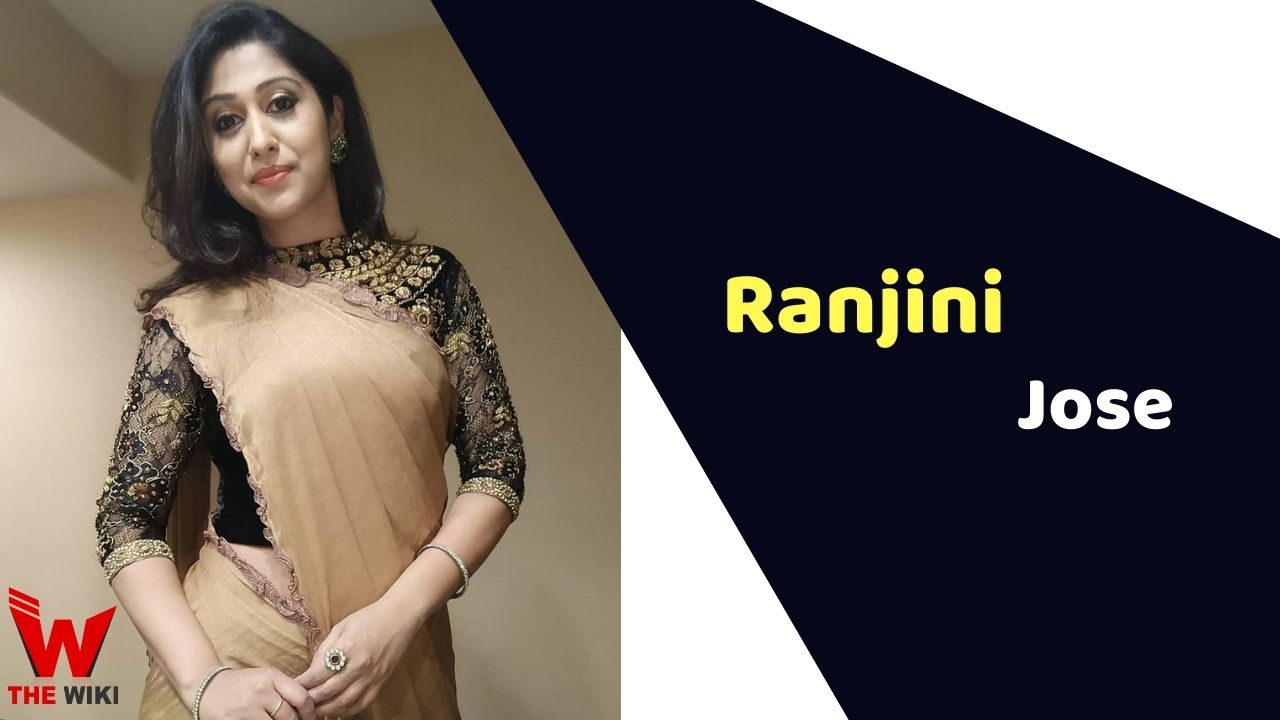 Ranjini Jose is an Indian singer who has sung over 500 songs in various film industries including Hindi, Telugu, Malayalam, Kannada, and Tamil languages. She has been active in the film industry for the last 20 years.

Ranjini Jose was born on 4 April 1984 in Nungambakkam, Chennai, Tamil Nadu. She is the only child of film producer Babu Jose and CK Jayalakshi who is a bank employee. She was brought up in Chennai and moved to Kochi after a few years. Jose changed her school thrice. She went to Sacred Heart Church in Chennai, MET Public School in Perumbavoor, and Bhavnas Vidya Mandir in Elamakkara. She mentioned that her school time was the most comfortable time of her life.

Jose became a part of the Cochin Chorus Troupe when she was in her 9th grade. Her guru is a Filmare nominated lyricist Santosh Varma. She got her debut recording for her first film, Melevaryathe Malakhakkuttikal when she was in class 12th.

She continued growing and did her songs in the movies Indriyam, The Judgment, Rapid Action Force, Dupe Dupe Dupe, Sravu, Kaaki Nakshatram, and many more. Her Tamil debut was with Chanakya. Later she also worked in a Bollywood film Khelein Hum Jee Jaan Sey.

She is married to a disc jockey named Ram Nair but separated her ways in 2018.

Some Facts About Ranjini Jose

If you have more details about Ranjini Jose. Please comment below we will updated within a hour.