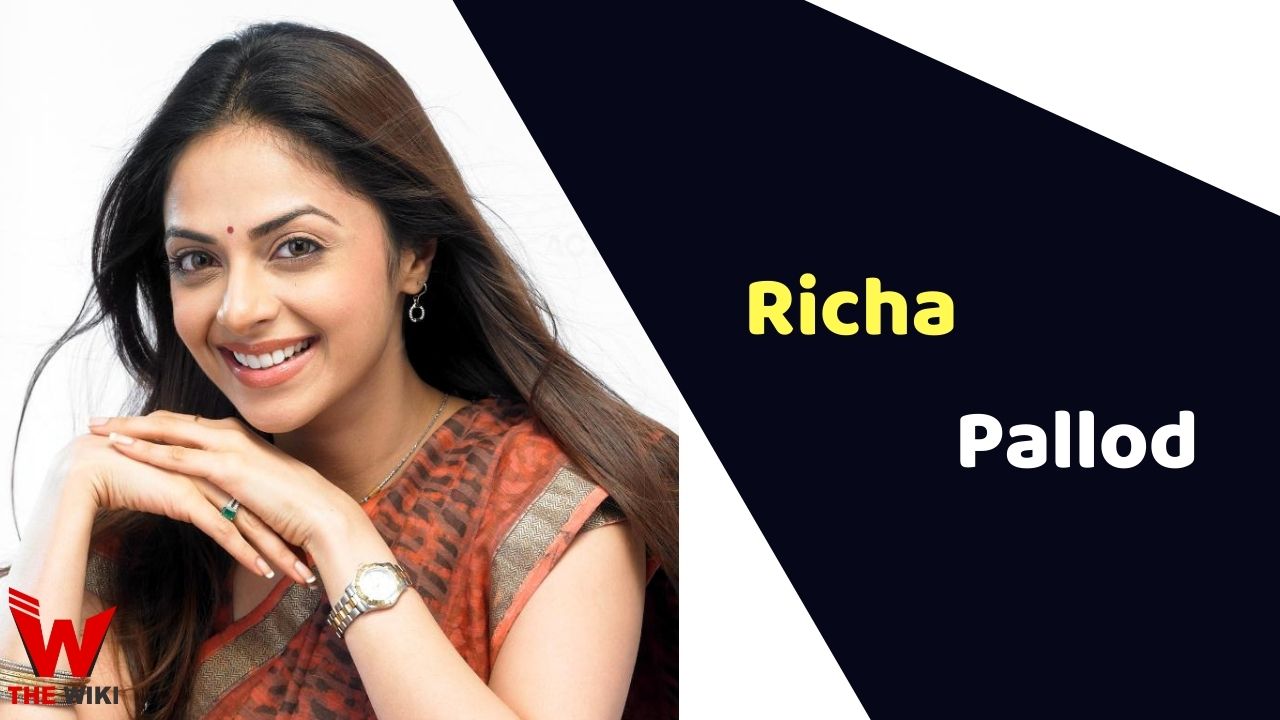 Richa Pallod was born on 30 August 1980 in Bengaluru, Karnataka. She tied the knots with Himanshu Bajaj in 2011. The couple has a son.

Richa began her career as a child actress in with the Hindi musical romantic-drama film Lamhe in the year 1991. She played the childhood role of Pooja (character played by Sridevi) in the film. She later worked in several films as a child actress such as Pardes, Nuvve Kavali, Chirujallu, Shahjahan, Kuch Tum Kaho Kuch Hum Kahein. In 2003, she got cast as a beautiful college student Mahi Mathur in the suspense-thriller movie Tumse Milke Wrong Number. The same year, she appeared in the Tamil romantic-thriller movie Kadhal Kirukkan as Selvi Maha in 2003. It is a remake of the 2002 Indian film Deewangee.

In 2005, Richa starred in the romantic-comedy film Neal N Nikki in the lead role of Sweety alongside g Uday Chopra and Tanisha Mukherjee. She performed as Dance Instructor in the 2008 romantic-comedy film Rab Ne Bana Di Jodi. In 2009, she debuted with the Malayalam action family thriller-drama movie Daddy Cool as Annie Simon. Richa portrayed as Priya in the Tamil comedy-thriller movie Yagavarayinum Naa Kaakka in 2015. The film generally opens to the half-hearted responses of critics.

Some Facts About Richa Pallod

If you have more details about Richa Pallod. Please comment below we will updated within a hour.