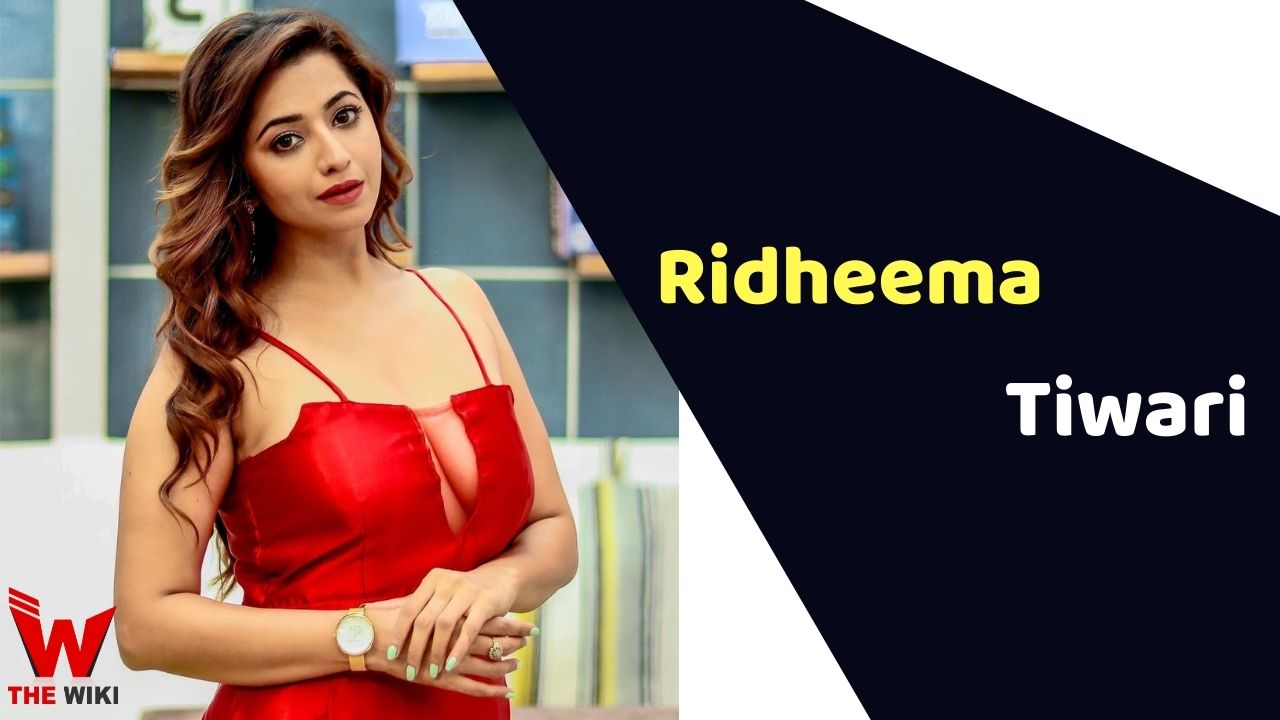 Ridheema Tiwari is an Indian television and film actress. She is famous for portraying the characters in television serials including, Do Dil Ek Jaan, Sasural Genda Phool, and Ghulaam. She is recognized in Bollywood for her debut film Begum Jaan in 2017.

Ridheema Tiwari was born on 31 August 1984 in Gwalior, Uttar Pradesh. She rose her career with the television horror-thriller serial Ssshhh…Phir Koi Hai Ek Bhoot Ek Wakil Ek Shaitan as Trisha in 2007. From 2007 to 2008, she got featured as Har Ghar Kuch Kehta Hai as Shalini Prem Thakral on Zee TV. The story revolves around 3 girls. She did a cameo role of Mahek in the medical-drama serial Dill Mill Gayye in 2008. The Next year, she appeared on the comedy serial Aashiq Biwi Ka as Aarti aired on DD National.

From 2009 to 2011, she acted as Ayesha Johri in the Sahara One TV serial Woh Rehne Waali Mehlon Ki Season 3. It has evolved into Rajshri Productions’ long-run television production. She starred in the drama serial Rishton Se Badi Pratha as Ratna Ranvijay Singh, broadcasted on Colors TV from 2010 to 2011. She played the role of Disha Elesh Bhardwaj in the drama show Sasural Genda Phool from 2011 to 2012. From 2012 to 2013, she portrayed the role of Sandhya in the serial Love Marriage Ya Arranges Marriage.

Her role of Rasika in the drama action-romantic serial Do Dil Ek Jaan aired on Life OK from 2013 to 2014 was highly appreciated. In 2015, she appeared in the serial Dosti… Yaariyan… Mnmarziyan as Ridheema Joshi, sister of Radhika and Ankush and married to Saral’s elder brother. Later, she did a Star Plus’s television supernatural-drama series Divya Drishti as Ojaswini Shergill.

Ridheema Tiwari tied the knots with Jaskaran Singh Gandhi in 2018.

Some Facts About Ridheema Tiwari

If you have more details about Ridheema Tiwari. Please comment below we will updated within a hour.