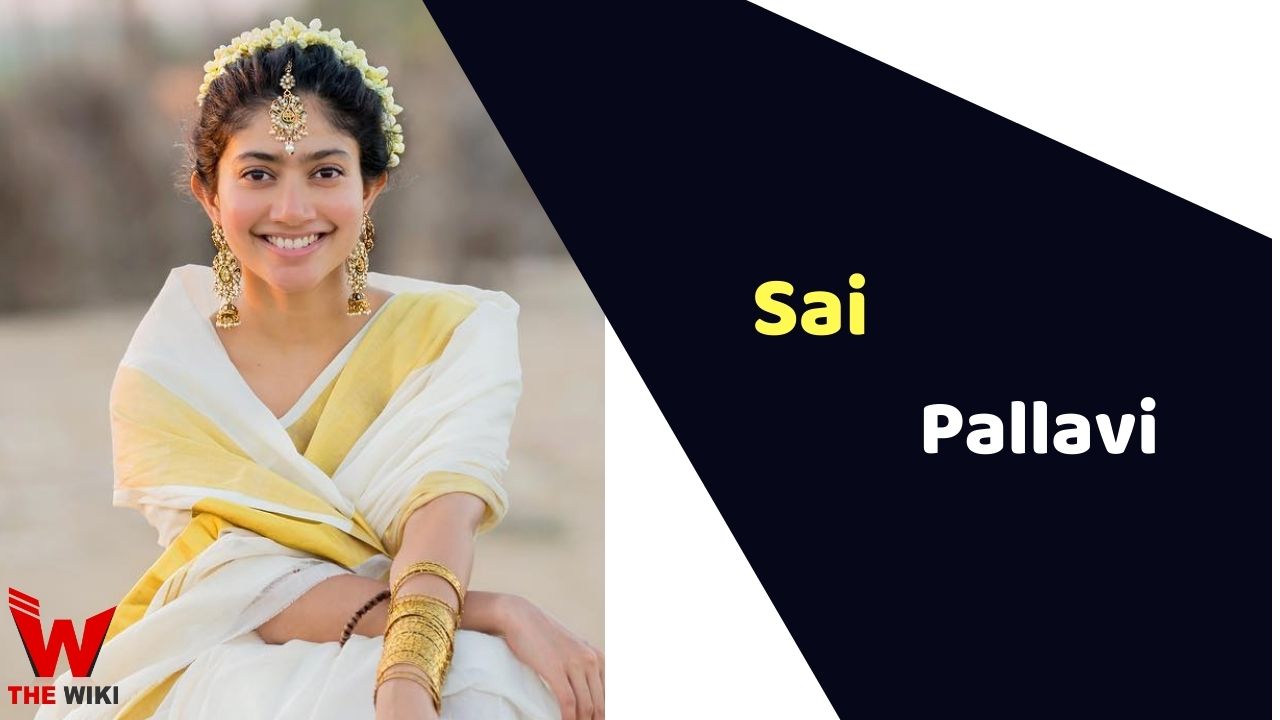 Sai Pallavi Senthamarai is an Indian actress and dancer, who predominantly active in the South Indian entertainment industry. She gained popularity from Premam, Fidaa, and Maari 2. She has been honoured by many prestigious awards including Filmfare and Behindwoods Gold Medal.

Sai Pallavi was born on 9 May 1992 in Kotagiri, Nilgiri, Tamil Nadu in a Hindu family. Her father’s name is Senthamara Kannan, who is a central Excise Officer and her mother Radha Kannan is a homemaker. She is one of the two siblings. She has a younger sister Puja Kannan who is also an actress.

Sai completed her higher education at Avila Convent School, Coimbatore, Tamil Nadu. Then, she graduated in MBBS from Tbilisi State Medical University, Tbilisi, Georgia. She got her medical degree in 2016 but she is not a registered doctor.

Sai Pallavi acted as a child artist in the Tamil-language film Kasthooriman (2003), followed by Dhaam Dhoom (2008). In 2015, while she was still studying, she got an offer from director Alphonse Putharen to play the role of Malar in the movie Premam. Sai managed both studies and shooting at that time. This film was a huge hit and brought popularity and recognition to this actress in the film industry.

In 2016, she portrayed the role of Anjali in the Malayalam movie, Kali. Her character in this movie was very much appreciated by the viewers. Then, she debuted in the Telugu film industry with the movie Fidaa. In this film, she played the role of a village girl Bhanumati opposite Varun Tej. In the same year, she again worked for a Telugu movie Middle Class Abbayi in her role as Pallavi. Sai has been worked in more than 20+ film in various Indian languages in a decade long career.

Some Facts About Sai Pallavi

If you have more details about Sai Pallavi. Please comment below we will updated within a hour.