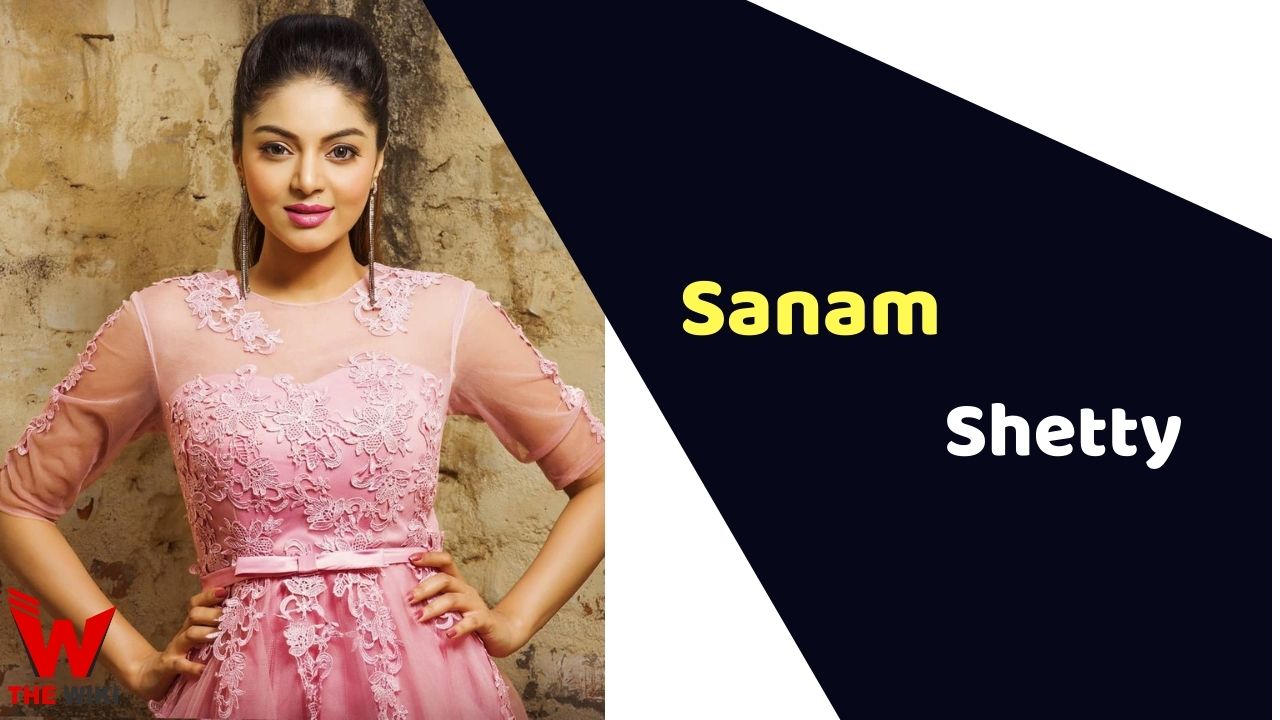 Sanam Shetty is an Indian film actress and model. She is known for playing the role of ‘Dr. Preethi’ in the Tamil film Sadhuram 2 in 2016. She made her Telugu debut with the film Srimanthudu in 2015 as ‘Meghna’. She took part and bagged the title of Miss South India in 2016.

Sanam made Tamil debut with the film Ambuli in 2012 as ‘Poongavanam’. She has worked in some reality shows like Villa To Village and Bigg Boss Tamil Season 4 as a contestant. Earlier, she used to work as a software engineer at Tata Consultancy Services. She moved to London, United Kingdom to pursue her career in software engineering. During her time in abroad, she has worked on amateur documentary films and developed an interest in acting. She has worked in many films like Katham Katham, Singam 123, Kalai Vendan etc.

Sanam Shetty was in a relationship with Tharshan Thiyagarajah and got engaged on May 2019. After some time, they broke off their engagement and split up. She accused him of domestic violence.

Some Facts About Sanam Shetty

If you have more details about Sanam Shetty. Please comment below we will updated within a hour.