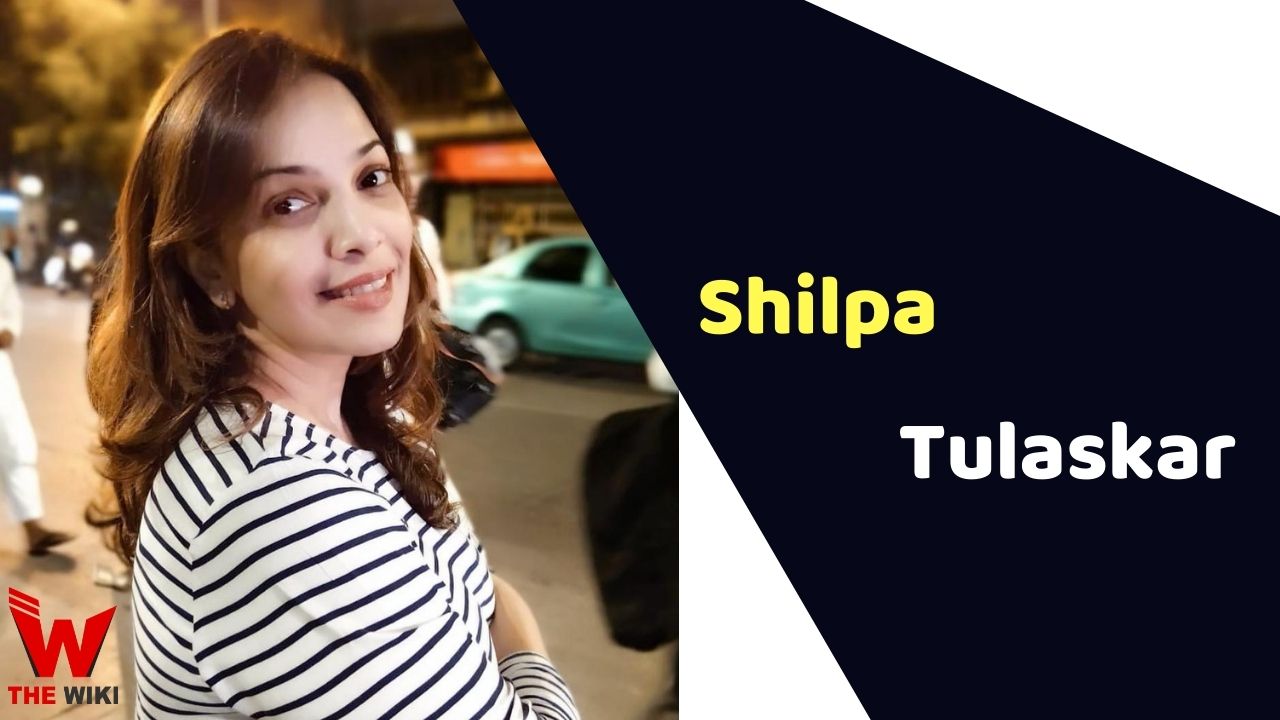 Shilpa Tulaskar is an Indian television actress who predominantly works in Hindi and Marathi industry. She has worked in popular serials like Ek Deewaana Tha, Yeh Hai Mohabbatein, Dill Mill Gayye, Dadi Amma Dadi Amma Maan Jaao! and Devon Ke Dev – Mahadev. Besides, she is a well-known theatre artist and has been worked in more than 50 plays.

Shilpa was born in Mumbai, Maharashtra in 1977. She done her schooling from Canossa High School, Mumbai. She done her graduation from Ramnarain Ruia College. Her first television appearance was in 1993 with a episode Kiley Ka Rahasya of the show Byomkesh Bakshi on Doordarshan. After debut, she portrayed as Ranjana in Shanti serial in 1994. She debut her Marathi Television career with Marathi show Vaibhav. Shilpa has worked more than 100 television shows in her career with includes popular names like Jana Na Dil Se Door, Jaana Na Dil Se Door, Kaisa Ye Pyar Hai, Hero – Bhakti Hi Shakti Hai etc.

She married with Vishal Shetty and having a son Vivaan and a daughter Shaiiva.

Some Facts About Shilpa Tulaskar

If you have more details about Shilpa Tulaskar. Please comment below we will updated within a hour.