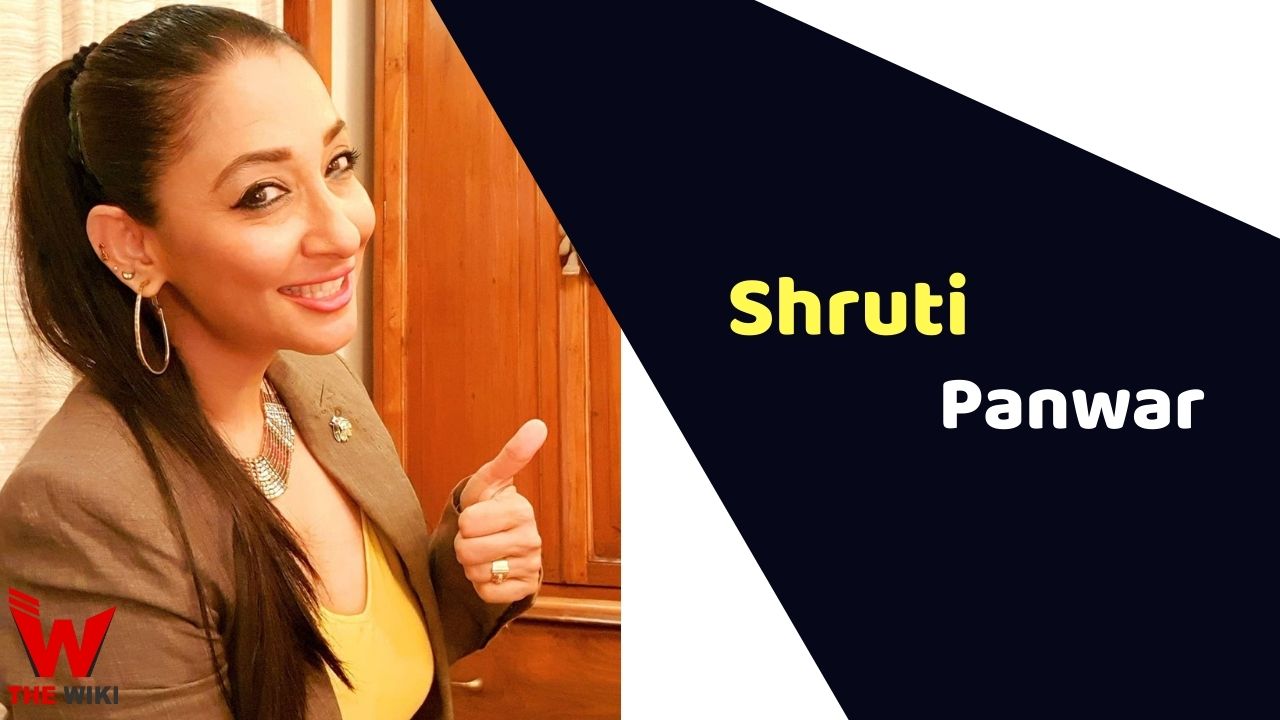 Shruti Panwar (also known as Shruti Ulfat) is an Indian television and film actress. She is known for television show Sasural Genda Phool, Naagarjuna, Jamai Raja and Naamkarann. She started her career with Bollywood film Dil To Pagal Hai starring alongside Shahrukh Khan and Madhuri Dixit.

Shruti Panwar is born on 1 October in Dehradun, Uttarakhand. She used actively participate in plays and skits during her school days. She has completed her post-graduation in M.A Literature from H.N.B Garhwal University, Srinagar, Uttarakhand.

Panwar has participated in theatre groups in Dehradun. In early career, she has appeared in various television commercials. She started her movie career with Dil Toh Pagal hai in the year and she then appeared Sar Aankhon Par, Yeh Hai Mumbai Meri Jaan, Raaz, Gafla, and Mr.X. Apart from films, she also appeared in various television shows includes I Love You, Rishtey, Aaj Ke Shrimaan Shrimati, Sasural Genda Phool etc.

She was married to Alok Ulfat but got divorced in the year 2017. She has a son named Ojasya Soham Ulfat.

Some Facts About Shruti Panwar

If you have more details about Shruti Panwar. Please comment below we will updated within a hour.