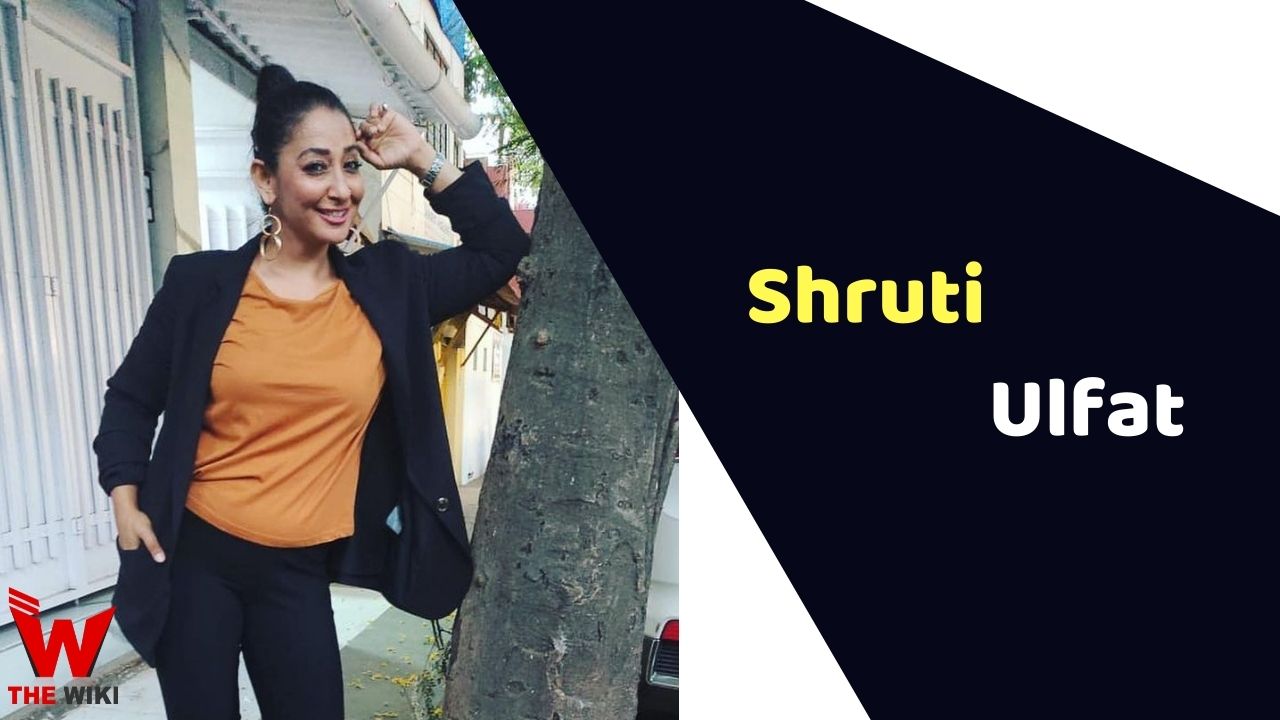 Shruti Ulfat was born on 1 October in Dehradun, Uttarakhand. She has completed her graduation from H.N.B. Garhwal University, Srinagar. She holds a degree in M.A. Literature.

Shruti Ulfat began her film career with a supporting role in the Bollywood romantic film Dil Toh Pagal Hai in 1997. In 1999, she did a movie Sar Aankhon Par. In the same year, she acted in the movie Yeh Hai Mumbai Meri Jaan produced by Mahesh Bhatt. She got featured in the 2002 supernatural-horror movie Raaz as Priya, Sanjana’s friend. She cast in the crime-drama movie Gafla as Vidya in 2006. It is a film based on the 1992 stock exchange scam that mainly concerned Harshad Mehta. In 2015, she appeared in the fiction-action 3D movie Mr. X as Popo’s sister in 2015.

From 2010 to 2012, she acted in Star Plus’ popular television show Sasural Genda Phool as Rano Kashyap starring alongside Ragini Khanna, and Jay Soni. In 2016, she got featured in the fantasy-drama serial Naagarjuna – Ek Yoddha as Yashodha Shastri, Arjun’s foster mother. She played the role of Jhillan, Anarkali’s aunt and foster mother, in the historical serial Dastaan-E-Mohabbat Salim Anarkali from 2018 to 2019. Recently, she did a drama shows Pinjara Khubsurti Ka and season two of Sasural Genda Phool.

Shruti Ulfat tied the knots with Alok Ulfat and both got separated in 2017. The couple has a son named Ojasya Soham Ulfat.

Some Facts About Shruti Ulfat

If you have more details about Shruti Ulfat. Please comment below we will updated within a hour.