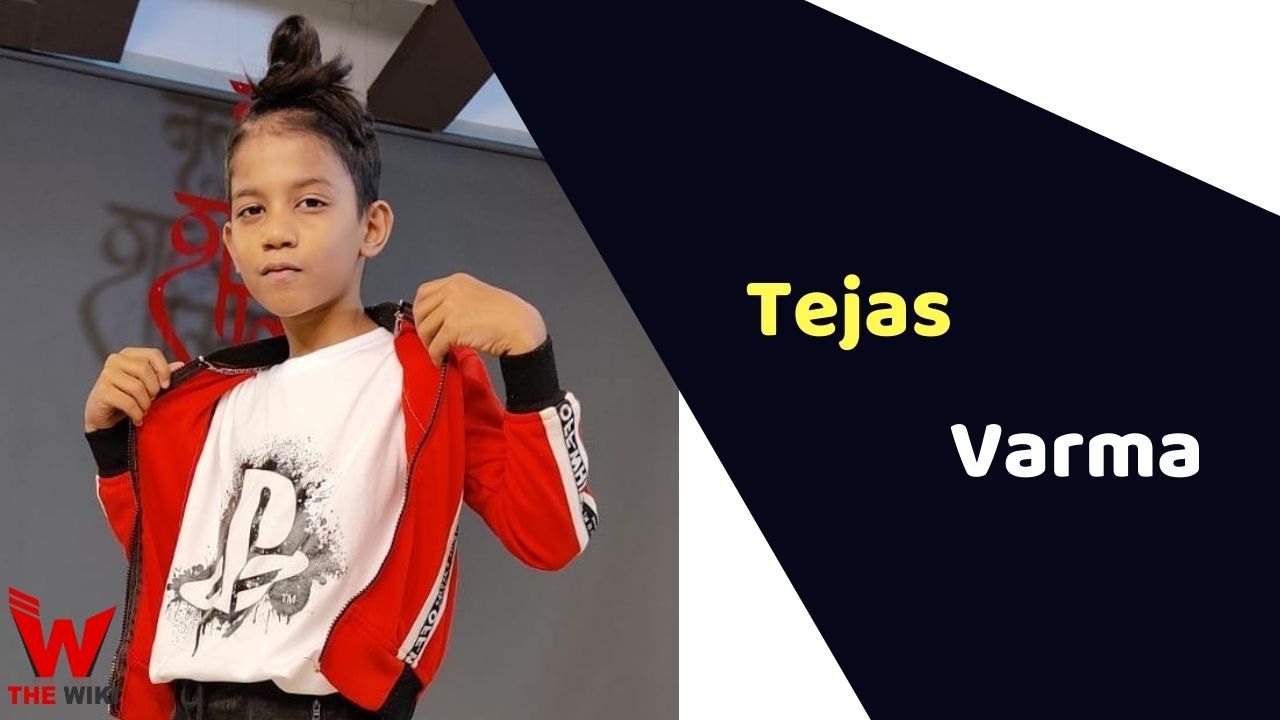 Tejas Varma is an Indian child artist and dancer. He appeared as a contestant in dance reality show Super Dancer 3 judged by Shilpa Shetty Kundra, Geeta Kapoor and Anurag Basu. The show gave him immense popularity and became finalist of the show.

Tejas Varma was born on 16 February 2009 in Mumbai, Maharashtra. He comes from an economically weak family and his father works as a worker in a transport company. He started learning dance when he was just four-year-old. His father motivated him to follow his dream. In 2013, Tejas started his journey as a contestant of dance reality show Boogie Woogie. Later he was a contestant in High Fever and reached the grand-finale but ended up as a runner-up. He became 1st runner-up of most popular child dance reality show Super Dancer 3.

Tejas also worked as a child model in Bollywood films and appeared in popular films like Sui Dhaaga, Munna Michael and Lakshmi.

Some Facts About Tejas Varma

If you have more details about Tejas Varma. Please comment below we will updated within a hour.