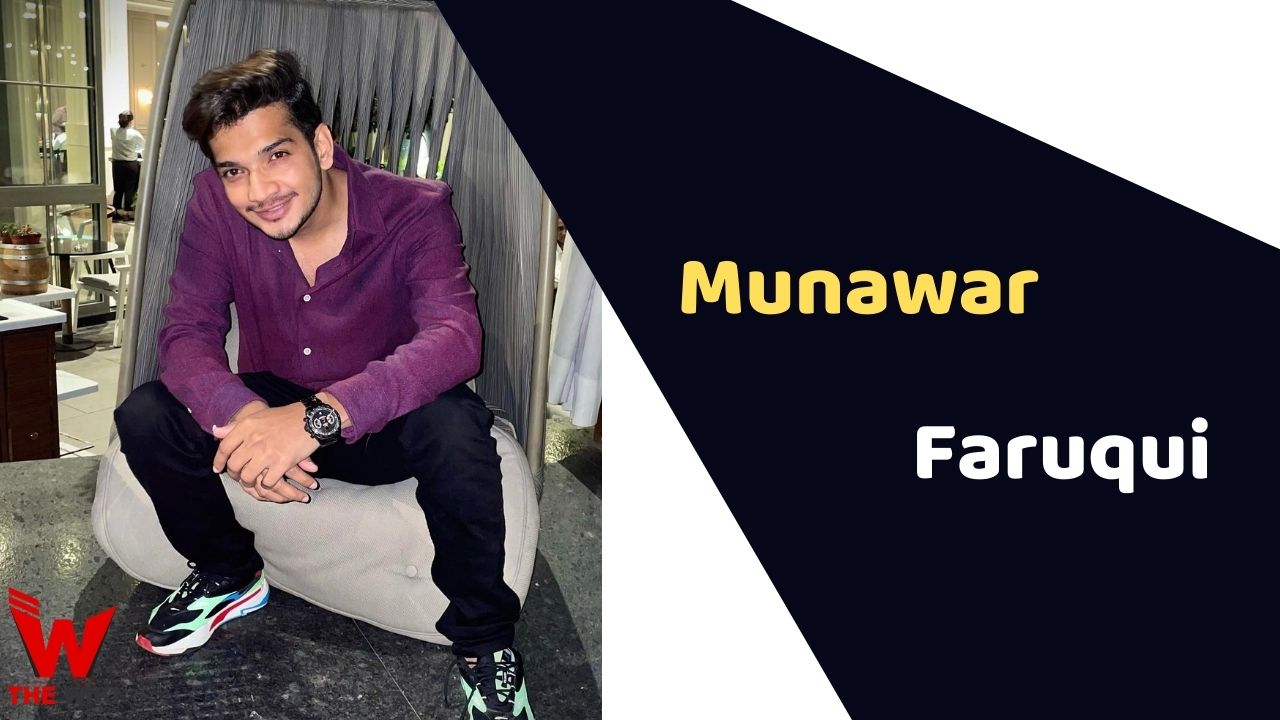 Munawar Faruqui is an Indian stand-up comedian and rapper. He is quite popular on YouTube. He lifted the winner’s trophy in the first season of the Kangana Ranaut hosted reality show, Lock Upp.

Munawar Faruqui was born on 28 January 1992 in Junagadh, Gujarat to a Muslim family. His family consist of his parents and three sisters. His father used to work as a driver. Munawar had to leave his home due to the 2002 communal riots in Gujarat. When he was just 16 years old, his mother committed suicide.

Munawar did his early education from a school in Junagadh. After this he took his admission in the college of Gujarat.

Before starting career as a standup comedian, Munawar used to work as a salesman in a utensil shop. He also worked as a graphic designer for some times. In 2019, he came to Mumbai from where he started making standup comedy videos on YouTube.

In January 2020, Munawar’s comedy videos started going viral on the internet and became a youth icon. Later he released a video of his titled ‘Politics in India’, which people liked a lot. In 2020, he uploaded ‘The Chowkidar Song’ on the channel in which he fiercely trolled Modi Government.

Munawar is currently in relationship with Nazila Sitaishi. During a TV reality show, Munawar revealed that he is married and also has a son. But they have been living separately for almost a year.

Some Facts About Munawar Faruqui

If you have more details about Munawar Faruqui. Please comment below we will update within an hour.