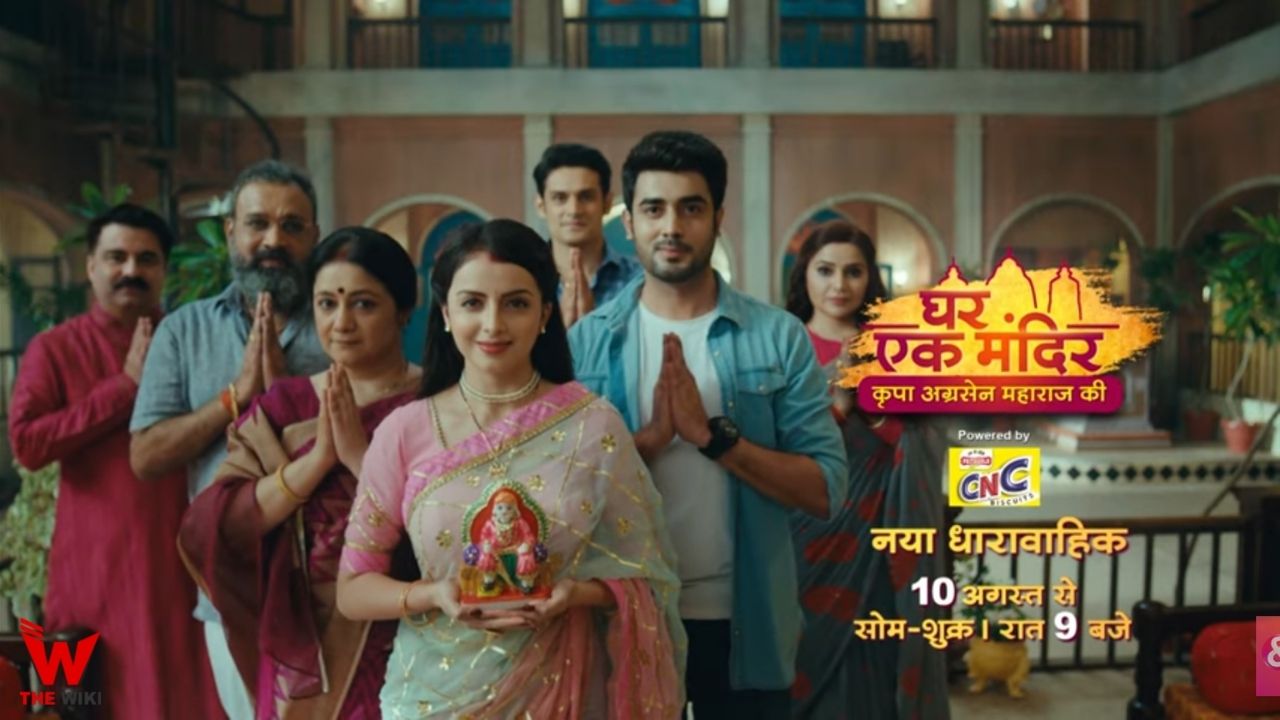 Ghar Ek Mandir Kripa Agrasen Maharaj Ki is an Indian social-drama television show. It stars Shrenu Parikh and Akshay Mhatre in the lead roles. The show is being produced under the banner of Zee Studio. It was premiered on 10 August 2021.

The story of the show revolves around Genda, who is an ardent devotee of Agrasen Maharaj and belongs to a low-income family. She is married into a business family and faces a huge loss in their business after marriage. Meanwhile, Genda’s husband also suffers from epilepsy.

Ghar Ek Mandir Kripa Agrasen Maharaj Ki is telecast from Monday to Friday at 9pm on &TV channel. The show is available for online streaming on Zee5 platform. Other details related to the show are given below

If you have more details about the show Ghar Ek Mandir Kripa Agrasen Maharaj Ki, then please comment below down we try to update it within an hour