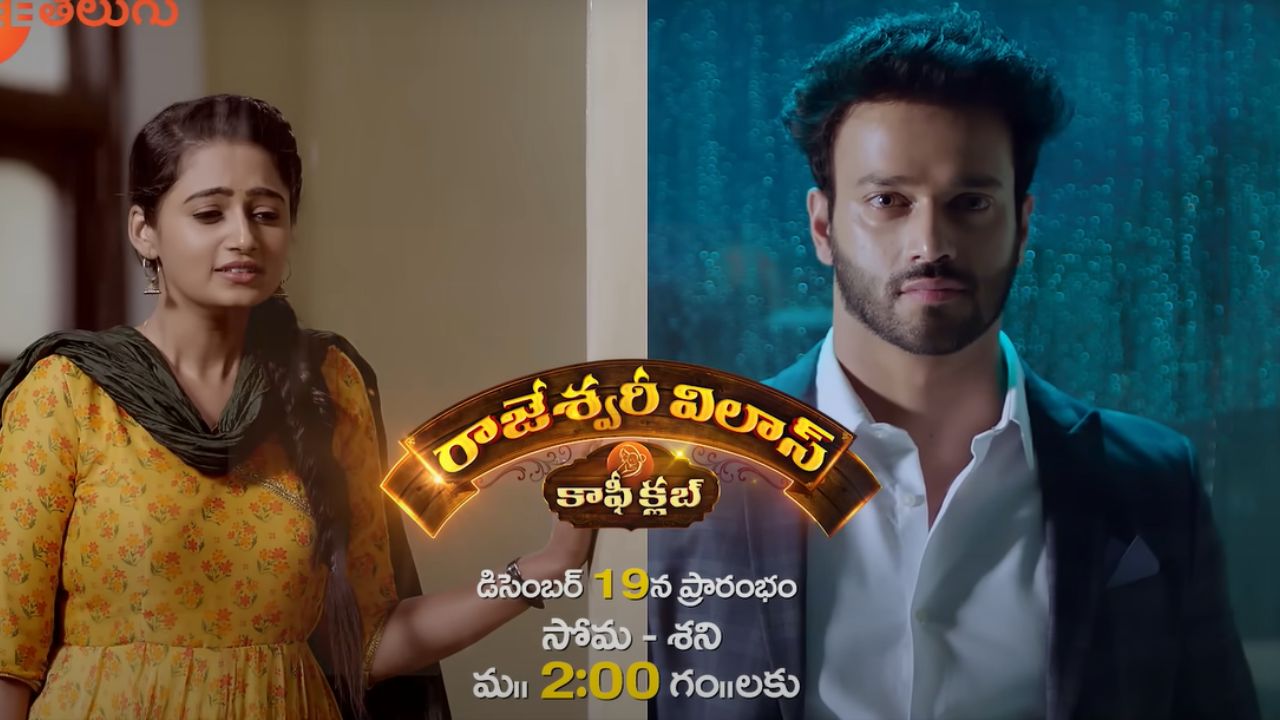 Rajeshwari Vilas Coffee Club is an Indian Telugu language drama television series. The show stars Akarsh Byramudi and Likitha Murthy as lead pairs. It follows the story of Rajeshwari, who runs a popular restaurant and loves her family but her life change when she meet Rudra, a hospitality businessman. It will premiere on 19 December 2022 on Zee Telugu.

Rajeshwari Vilas Coffee Club will telecast from Monday to Saturday at 2pm on Zee Telugu television channel. The show will also available for online streaming on Zee5. Other details related to the show are given below.

If you have more details about the show Rajeshwari Vilas Coffee Club, then please comment below down we try to update it within an hour