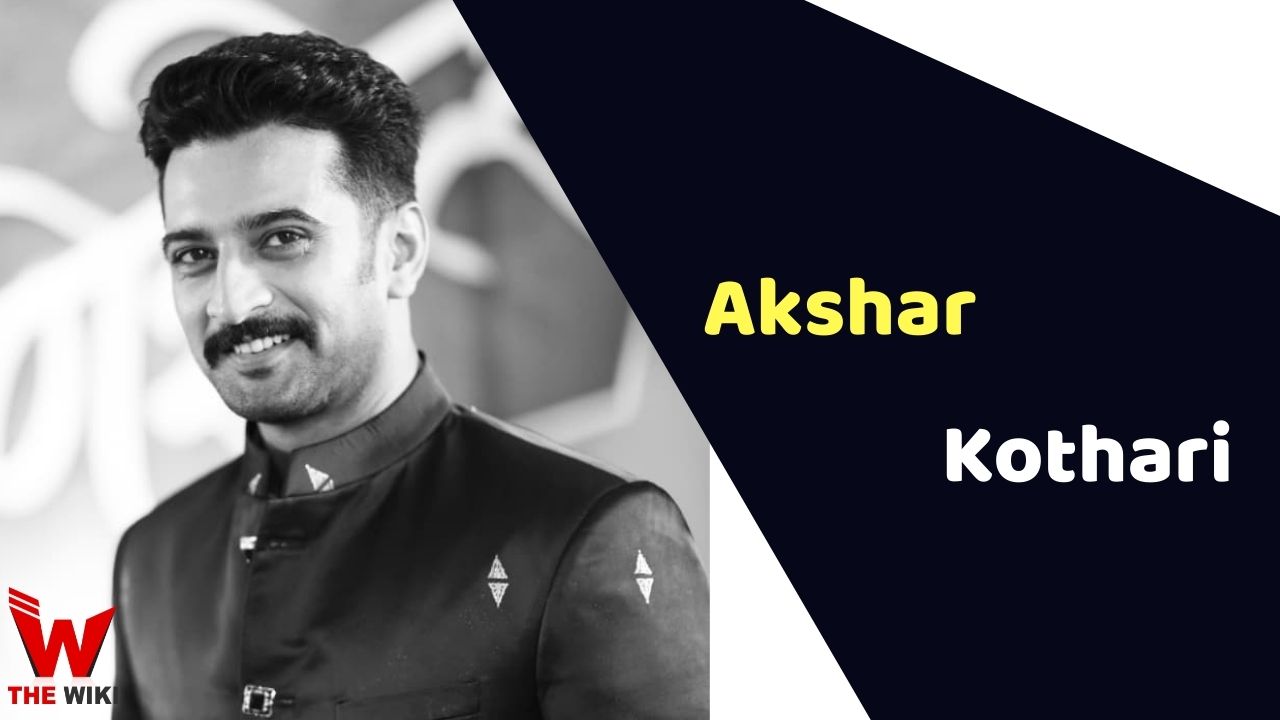 Akshar Kothari is an Indian actor. He mainly works in the Marathi television industry. He is known for his performance in the shows like Band Reshmache and Chahul. In 2021, Akshar appeared as Shantanu Suryavanshi in Star Pravah’s Swabhiman Shodh Astitvacha.

Akshar Kothari was born on 4th September 1987 in Solapur, Maharashtra. He completed his schooling at St. Joseph’s School in Solapur. Akshar is graduated with a Bachelor of Business Administration at HNCC. He has done masters from the University of Mumbai. After accomplishing his master’s degree he joined Waman Kendre’s School Of Dramatics.

Akshar got his first breakthrough at his training at Waman Kendre’s School of Dramatics, when producers of Balaji Telefilms noticed him and offer a role to him. In 2011, he started his career with a role in Star Pravah’s show Band Reshmache. He later appeared in a show of Colors Marathi’s serial Chahul. In 2021, he is working opposite to Pooja Birari in Star Pravah’s show Swabhiman: Shodh Astitvacha.

Some Facts About Akshar Kothari

If you have more details about Akshar Kothari. Please comment below we will updated within a hour.