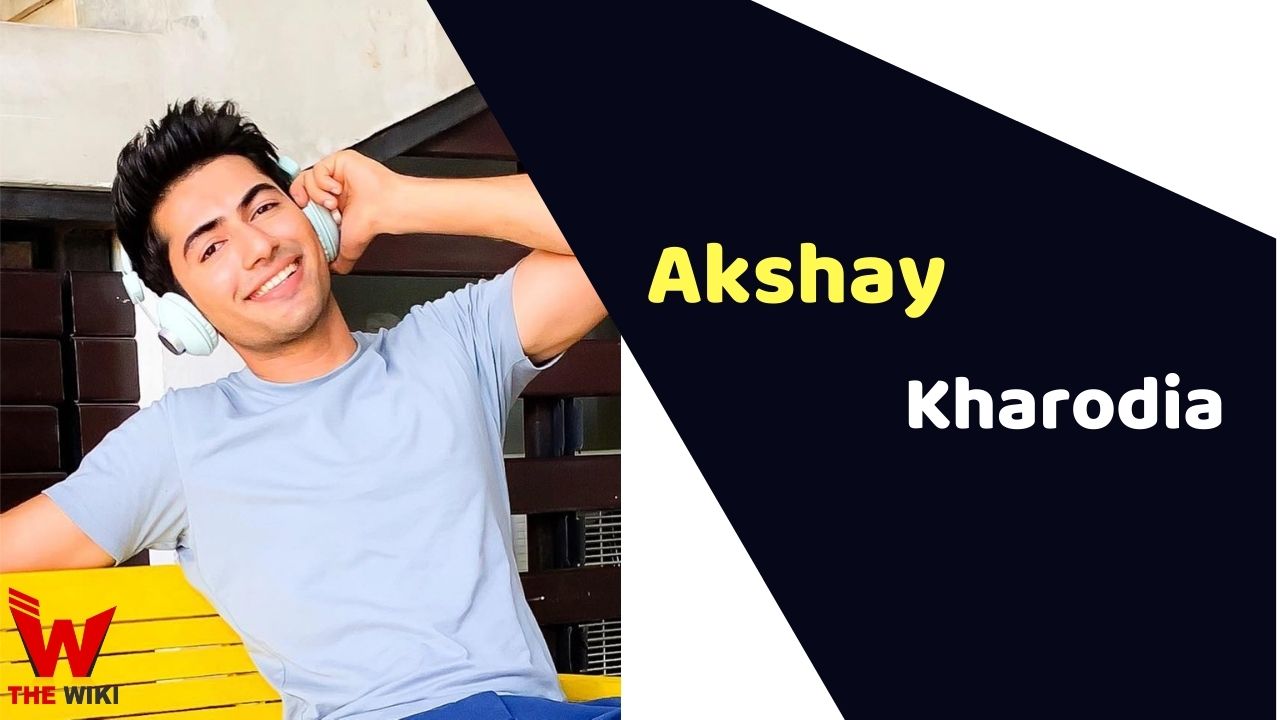 Akshay Kharodia is a Indian television actor and a model. He is best known for his role Dev Pandya in Star Plus show Pandya Store. He has shot many print and commercial advertisements for famous brands.

Akshay Kharodia was born on 2 May 1996 in Dehradun, Uttarakhand. He did his schooling from Mumbai and professionally trained from FTII (Film and Television Institute of India). He is good at Bollywood Dance, Martial Arts and Gymnastics.

Akshay did many commercials for brands like Maruti, Amul Cool, Samsonite, Nykaa, The Hindu Newspaper, Ayush Lever, Rexona, Sprite etc. He did more than 250+ advertisements and print campaigns. He was also part of a Hollywood film Tommorow You Will be Dead by Michael Steine starring Morgane Ferru and Sevn Schelker in the lead roles.

Akshay was one of the supporting lead in Bollywood film Kandy Twist, which released in 2019. In 2021, He become part of Star Plus’ show Pandya Store.

Akshay Kharodia got married Divya Punetha, a gynecologist in May 2020.

Some Facts About Akshay Kharodia