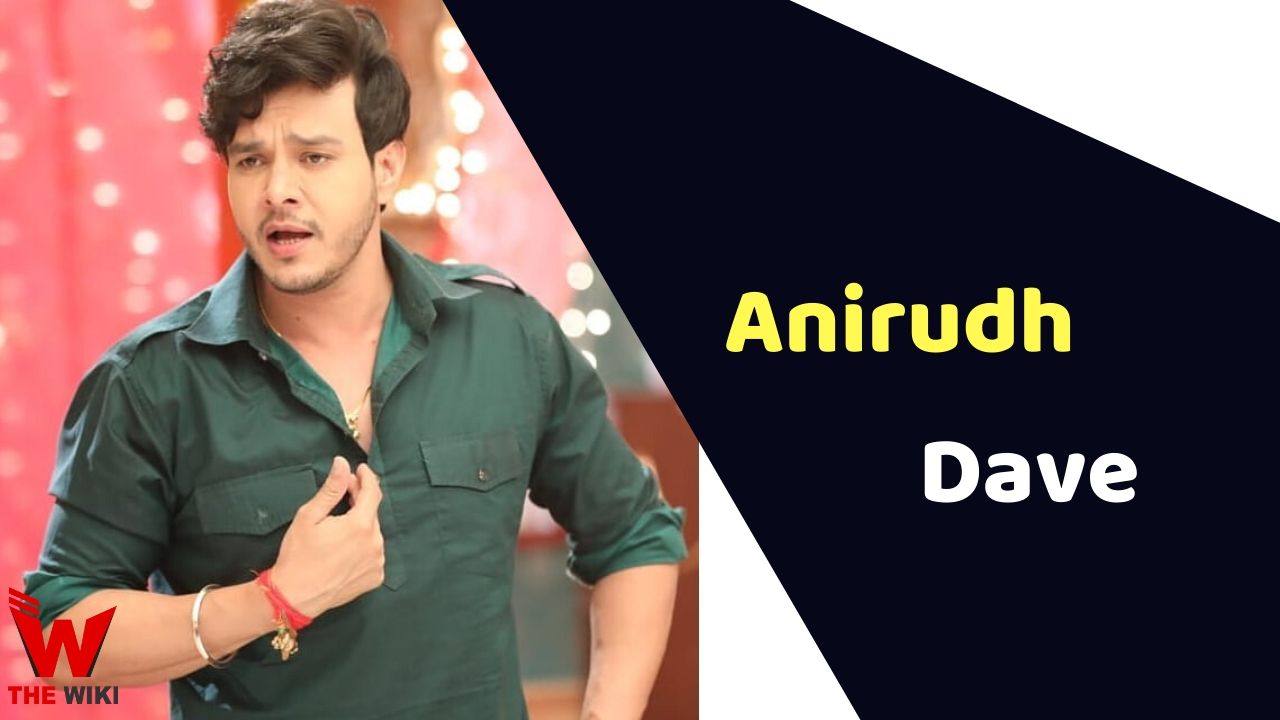 Anirudh Dave is an Indian television actor. He is known for serials like television shows Patiala Babes, Y.A.R.O Ka Tashan, Suryaputra Karn, Phulwa etc. He started his career in 2008 with the serial Raajkumar Aaryyan.

Anirudh Dave was born on 21 July 1986 in Dehradun, Uttarakhand. He belongs to a middle-class Hindu family. He is the elder son of Vipin Dave and Rajul Nagar Dave. Apart from him in the family, he also has a younger sister Pridhi Dave. Due to his parents’ job in Rajasthan, he came to Jaipur in childhood. From where he completed his education. Anirudh’s parents are teachers by profession and both are posted in Kendriya Vidyalaya.

Anirudh completed his schooling from Kendriya Vidyalaya in Jaipur. After which he completed his graduation in computer applications from Rajasthan College. After completing graduation, he went to delhi to acting training where he learned acting from local theater. During this time he was also associated with many faculty of National School of Drama.

After taking education in acting, Anirudh Dave came to Mumbai to make his career. In Mumbai, he started his journey with the TV show Raajkumar Aaryyan. In his debut show, he got a chance to play the lead role of Raajkumar Aaryyan. This television show earned him a lot of fame in the television industry. His character was very appreciated by the people. After working on the show, he got a chance to work in dozens of serials like Woh Rehne Waali Mehlon Ki, Phulwa, Ruk Jana Nahi, Suryaputra Karn, Y.A.R.O Ka Tashan etc.

Anirudh Dave married Rajasthan’s model and actress Shubhi Ahuja on 24 November 2015 in a grand ceremony held in his hometown Jaipur. The couple is blessed with a baby boy in 2021.

Some Facts About Anirudh Dave