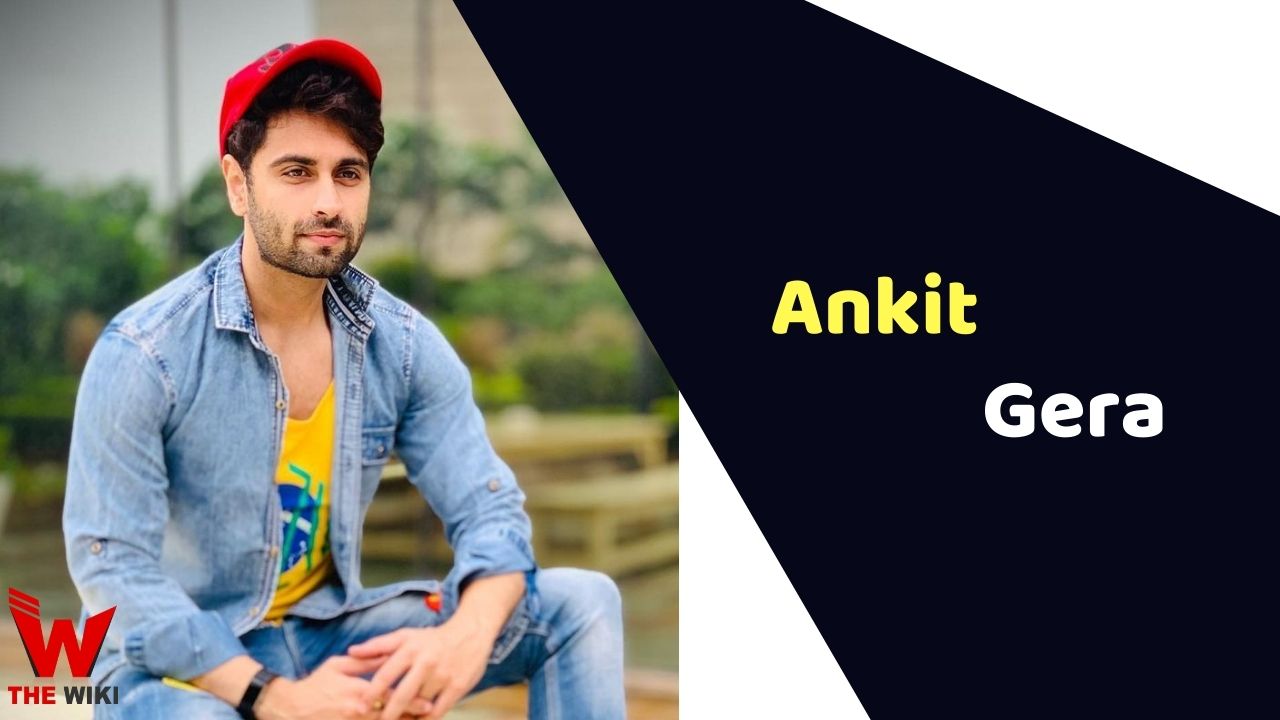 Ankit Gera is an Indian television actor and presenter. He is known for the roles played in several soap operas. He was a contestant of the 9th season of Colors TV show Bigg Boss. Ankit is famous for his work in the television series like Mann Kee Awaaz Pratigya, Sapne Suhane Ladakpan Ke, Dard Ka Rishta, and Agniphera.

Ankit started his career with the television dramedy serial Mahi Way as Nikhil aired on Sony TV in 2009. From 2009 to 2011, he featured in the Star Plus’ television show Mann Kee Awaaz Pratigya as Adarsh Shyam Saxena, brother of female lead and husband of Komal. He starred in the Zee TV show Sapne Suhane Ladakpan Ke as Mayank Prabhu Garg from 2012 to 2015. Ankit later participated in the show Killerr Karaoke Atka Toh Latkah in 2015. In the same year, he appeared as Bhasma, asur in the superhero children’s serial Maharakshak: Devi on Zee TV in 2015.

He took part in the Colors TV reality show Bigg Boss Season 9 and evicted on the 7th day in 2015. The Next year, he acted in the Trafficking episode in the romantic anthology serial Yeh Hai Aashiqui Season 4 broadcasted on Bindaas in 2016. From 2017 to 2018, he played the role of Anurag Vidvaan Singh, son of Vidvaan and Revati, in the drama romantic-comedy series Agniphera.

Ankit Gera was in relationship with Roopal Tyagi, his co-star in the soap opera Sapne Suhane Ladakpan Ke. But the pair eventually broke up amid cheating rumours. He then dated Sara Khan in the year 2019. Recently Ankit tied the knots with Rashi Puri in 2021. She is an NRI from Nigeria.

Some Facts About Ankit Gera

If you have more details about Ankit Gera. Please comment below we will updated within a hour.