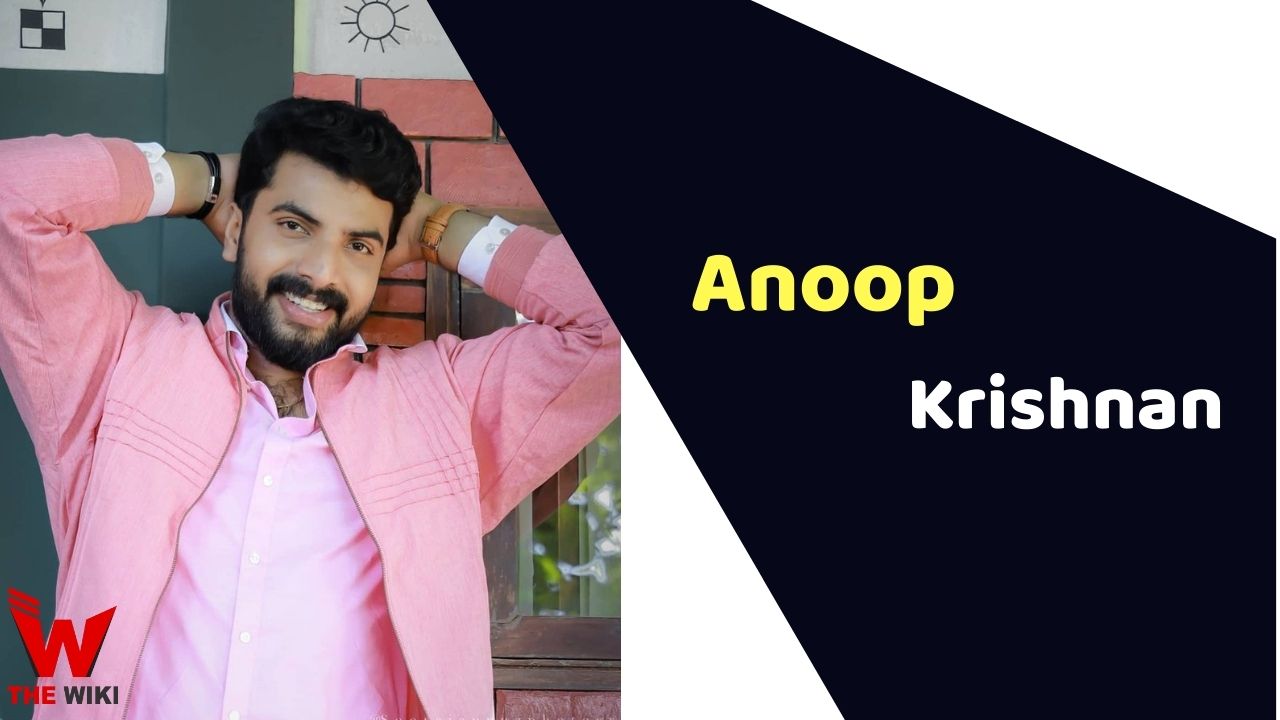 Anoop Krishnan Anugil is an Indian television actor, director, and anchor. He works primarily in the Malayalam film and television industry and is renowned for his role in the famous tv series Seetha Kalyanam. In 2021, he participated in the popular reality television show Bigg Boss Malayalam Season 3.

Anoop Krishnan was born on 7 May 1990 in a middle-class Hindu family from Pattambi, Palakkad, India. His father Unnikrishnan K works as a mail servant at Indian Railway, and his mother’s name is K.M. Shobhana Devi who is a housewife. He also has two siblings, Akhilesh Krishnan and Akhila Krishnan.

Anoop concluded his education at the AUP School at Muthuthala and Paruthur High School at Pallipuram. Subsequently, he registered at the Government Vocational Higher Secondary School in Koppam, Kerela, From where he completed his upper secondary schooling. He then took up admission to Sree Neelakanta Government Sanskrit College & Co-operative College in, Pattambi where he finished his graduation, B.A. Literature.

Anoop debuted in 2010 as an actor with the movie Face in Facebook, but the film got shelved for technical reasons. Consequently, he began his career as a tv presenter and participated in nearly 80 shows and reality events in India and abroad. He later was spotted by well-known directors and producers in the south Indian industry and, he bagged two back-to-back movies.

Besides acting, he also directed short films, music videos, and documentaries. In addition to his career as a filmmaker, he debuted as a lead actor in the popular TV show Seetha Kalyanam in year 2015.

Some Facts About Anoop Krishnan

If you have more details about Anoop Krishnan. Please comment below we will updated within a hour.