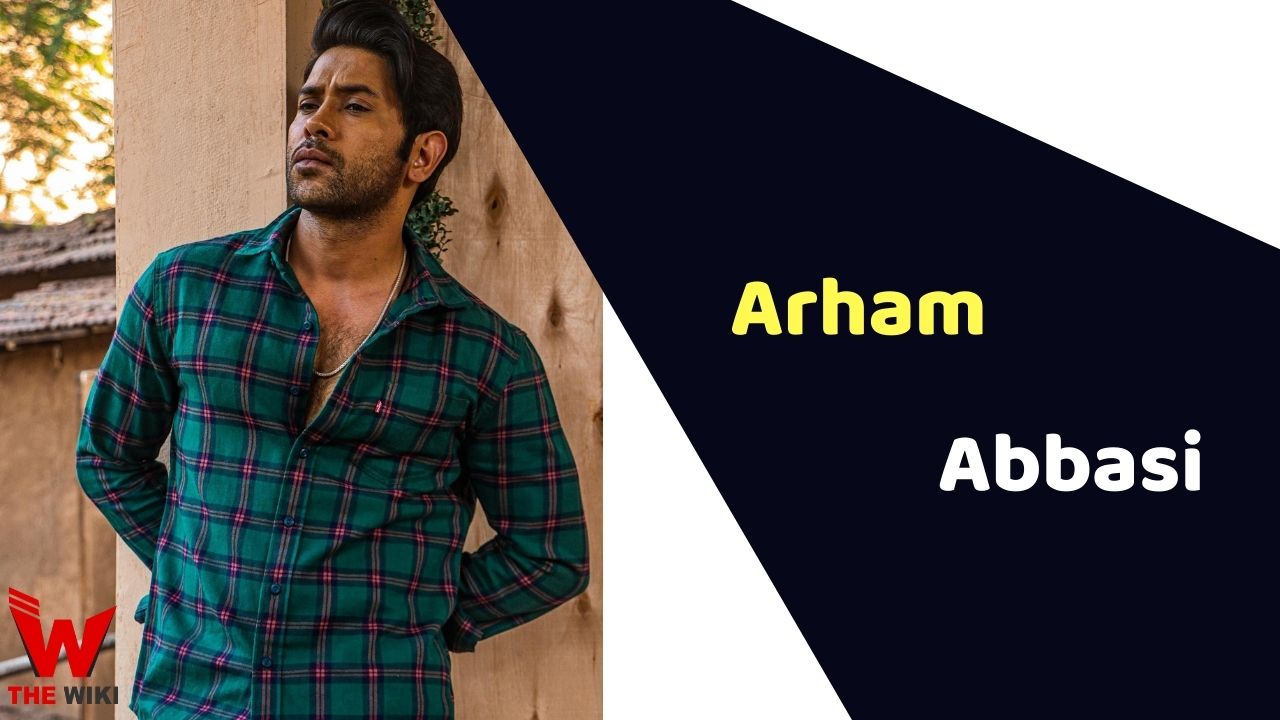 Arham Abbasi is an Indian actor and model. He is known for his work in Yeh Hai Mohabbatein and Suhani Si Ek Ladki. He played the lead role of Nishant Tripathi in Star Plus daily soap Imlie in 2021-22. Arham has been active in entertainment industry since 2013.

Arham Abbasi was born on 30 June 1991 to Ansar Ahmad Abbasi and Sameena Abbasi. He has three siblings namely Ehsan Abbasi, Ahmed Abbasi and Sana Fatima Ahmed. Arham grew up in Lucknow, Uttar Pradesh. He attended Christian Primary School and completed his graduation from the University of Lucknow.

Arham started his career as an assistant casting director in 2011. He made his acting debut in 2013 with television series MTV Webbed. Arham got recognition for his antagonist role in romantic-drama TV series Suhani Si Ek Ladki in 2016. He has appeared in several other TV shows including Yeh Hai Mohabbatein, Baawre. In 2021-22, He played the character of Nishant Tripathi in Star Plus’s show Imlie.

Apart from television, Arham made his film debut in 2017 as Shahil Qureshi in romantic-thriller movie Game Over. He was also the music director of the movie. He has worked in web series Shukla The Terror, portraying the character of Anuj Tripathi.

Some Facts About Aishwarya Pandit

If you have more details about Arham Abbasi. Please comment below we will updated within a hour.