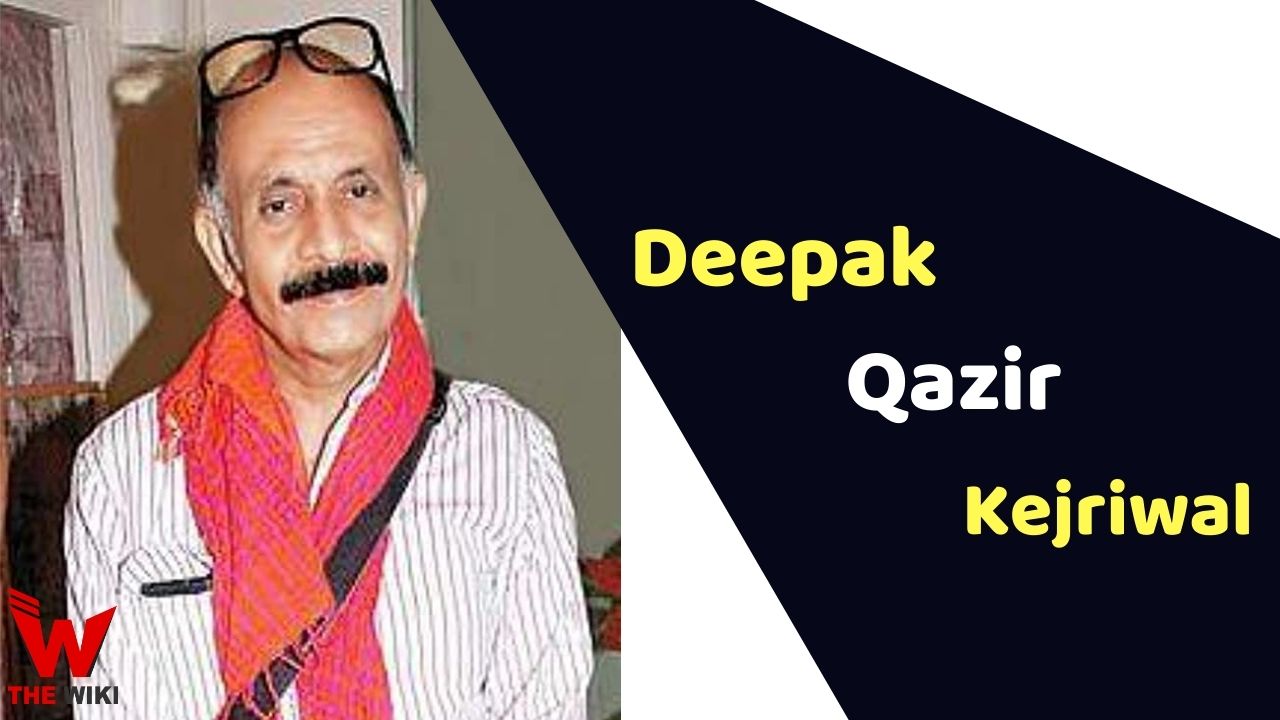 Deepak Qazir was born and brought up in New Delhi, India. He has been graduated from National School of Drama and proved himself in the field of acting. He is known for his prominent roles in many films and TV serials.

Deepak started his career in 1983 and has been a household name since. He has been seen in many TV serials on various channels such as Kis Desh Mein Hai Mera Dil, Kahani Ghar-Ghar Ki, Kya Hua Tera Vada, Kya Dil Mein Hai, Kasauti Zindagi Kay, Bade Acche Lagte Hain and Tujhko Hai Salaam Zindagi etc. In 2020, He was seen in a TV serial on SAB TV’s show Tenali Rama as Annacharya, elder brother of Tatacharya.

Some Facts About Deepak Qazir Kejriwal

If you have more details about Deepak Qazir Kejriwal. Please comment below we will updated within a hour.