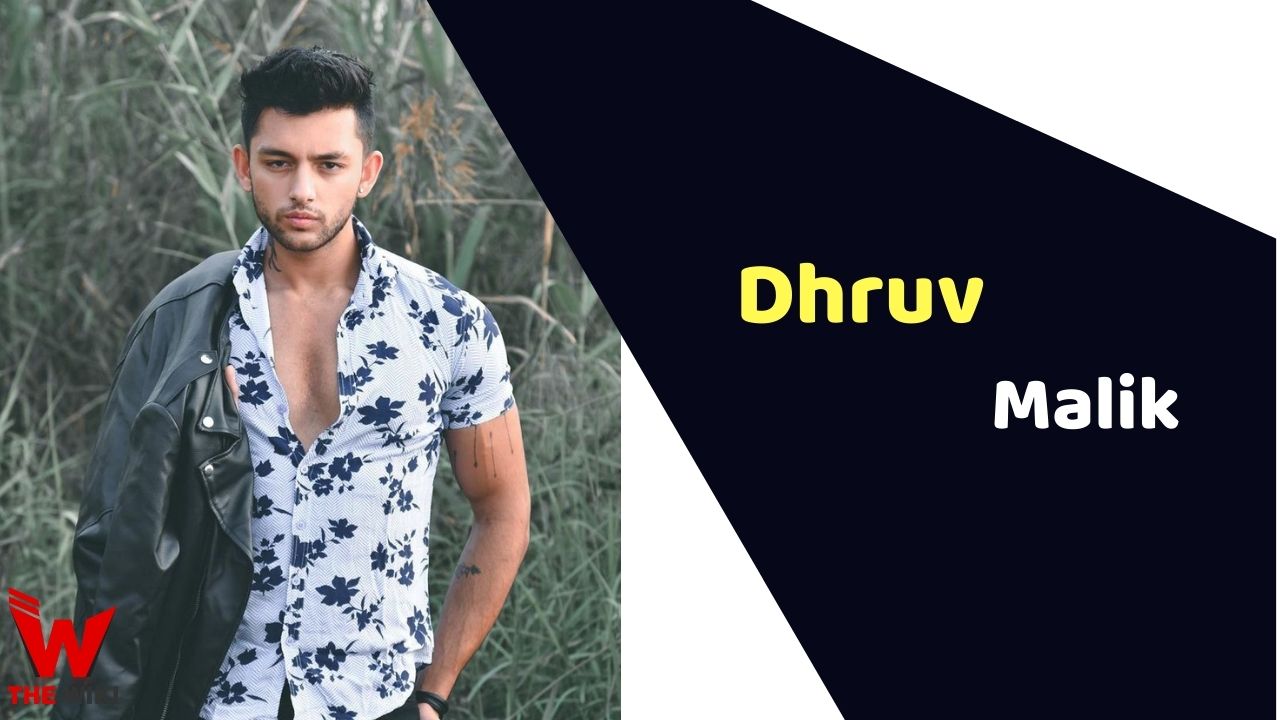 Dhruv Malik is a Indian actor, model and singer. He is a fitness freak and a Sports Nutritionist. He made his debut on television with MTV Splitsvilla X3 as a contestant in year 2021. The show is hosted by Sunny Leone and Rannvijay Singha.

Dhruv Malik was born on 23 October 2001 in Ghaziabad, Uttar Pradesh. He was born in a middle class family but his passion and determination, he changed his unknown personality to a well-known personality. He is currently pursuing his graduation.

Dhruv started getting modeling assignments during collage days. Before he was famous he started bodybuilding and started giving fitness advise to people that made him a bit known on social media.

Dhruv has posted a lot of covers songs on his Instagram profile. He has also sung the covers of the songs Allah Waariyan, Rabba Meher Kari, Tera Ban Jaunga, and Sun Mere Humsafar. He debuted on television through MTV channel’s dating show Splitsviila season 13.

He has been dating Nikita Bhamidipati, who is also a Splitsvilla season 13 contestant.

Some Facts About Dhruv Malik