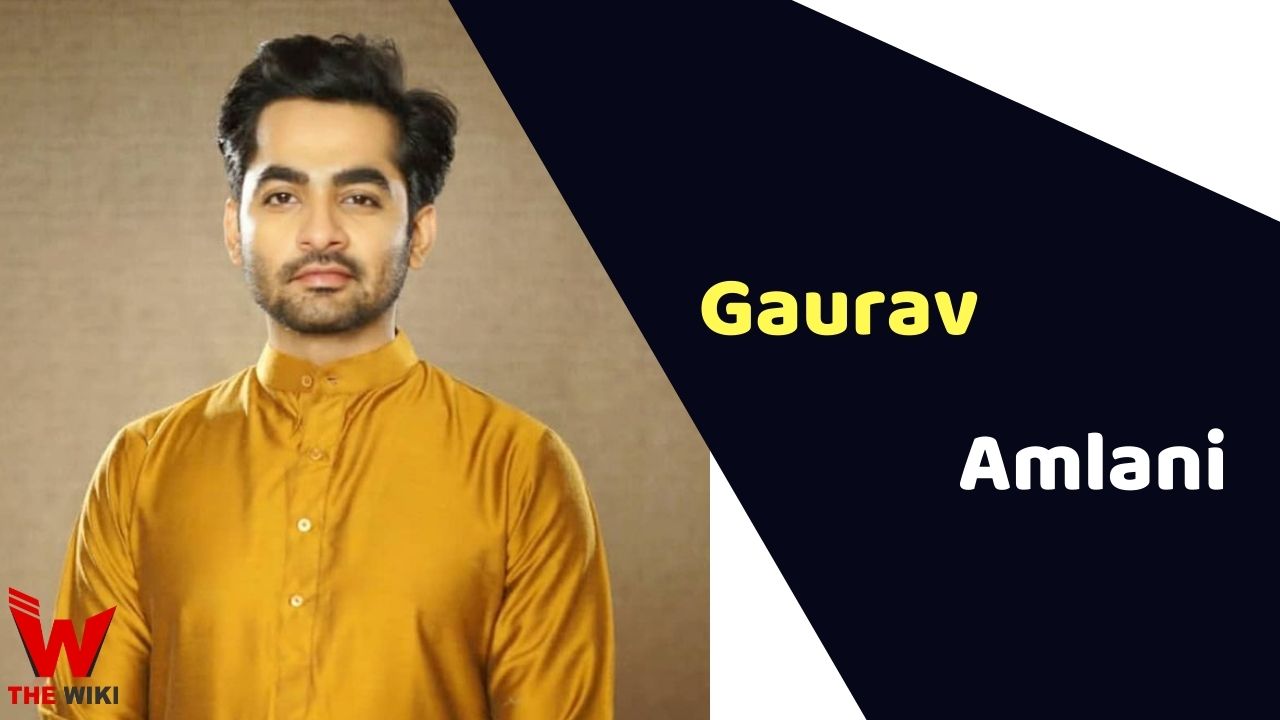 Gaurav Amlani is an Indian actor, writer and a voice artist. He prodomently works in Hindi film and television industry. He is known for his role of Khande Rao Holkar in the TV series Punyashlok Ahilyabai. Gaurav is active in acting industry since 2017.

Gaurav Amlani was born and brought up in New Delhi, India. Gaurav did her schooling from Delhi Public School Indirapuram. He is a graduate in Bachelors of Advertising, Commercial and Advertising Art from Delhi College of Arts and Commerce. He was quite active participant in cultural activities during college.

Gaurav started his career as an actor s with the movie Lucknow Central as music teacher to Farhan Akhtar and other jail in-mates. After that he acted in the movie Manmarziyaan directed by Anurag Kashyap with Taapsee Pannu, Vicky Kaushal, Abhishek Bachchan. He later acted in a short film Magnolia directed by Vikram Ramdas in 2020. The movie was based on the changing face of the relationships of youth because of social media. He portrayed the role of Pinkesh aka Pinki in romance drama film Shiddat: Journey Beyond Love in 2021.

Gaurav appeared as lead character in youth-based show Pyaar Tune Kya Kiya with Kajal Sharma. In 2020 Gaurav worked in the Indian thriller web series Your Honour. The series was adapted from Israeli web series Kvodo. He played the role of sub-inspector Bhullar in the series. Gaurav is portraying the role of Khande Rao Holkar, Ahilya’s husband in historical tv show Punyashlok Ahilyabai based on the life of queen Ahilyabai Holkar.

Gaurav Amlani is currently in relationship with actress Milloni Kapadia who has worked in TV serial Aapki Nazron Ne Samjha.

Some Facts About Gaurav Amlani

If you have more details about Gaurav Amlani. Please comment below we will updated within a hour.