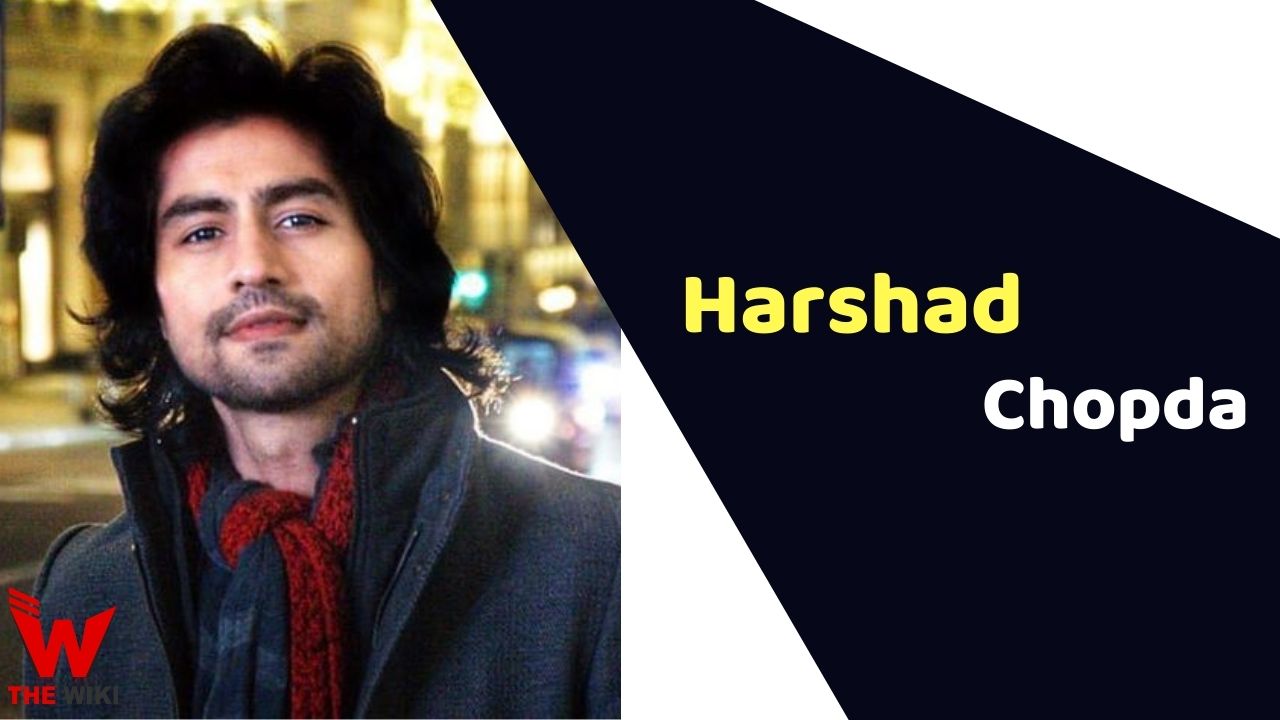 Harshad Chopda is an Indian actor who predominantly works in Hindi television serials. He has gained popularity from the show show Kis Desh Mein Hai Meraa Dil on Star Plus. He has also appeared in the various Bollywood films.

Harshad Chopda was born on 17 May 1983 in Gondia, Maharashtra, India to a Marwari Jain family. His father’s name is Prakash Chopra. He has a young sister named Harsha Chopra. Harshad has done his engineering from Modern College of Arts, Science and Commerce.

Harshad started his career with the TV show Mamta in 2006, as Karan Srivastav. Later he also appeared in Left Right Left and Amber Dhara. He got immense popularity by playing lead role in TV show Kis Desh Mein Hai Meraa Dil, opposite to Additi Gupta. After that he worked in several television show such as Dharampatni, Saubhagyayati Bhava, Bepannah.

Apart from television, Harshad made his Bollywood debut in 2016 with Jaideep Chopra directed film 2016 The End alongside Priya Banerjee, Divyendu Sharma and Kiku Sharda.

Some Facts About Harshad Chopda

If you have more details about Harshad Chopda. Please comment below we will updated within a hour.