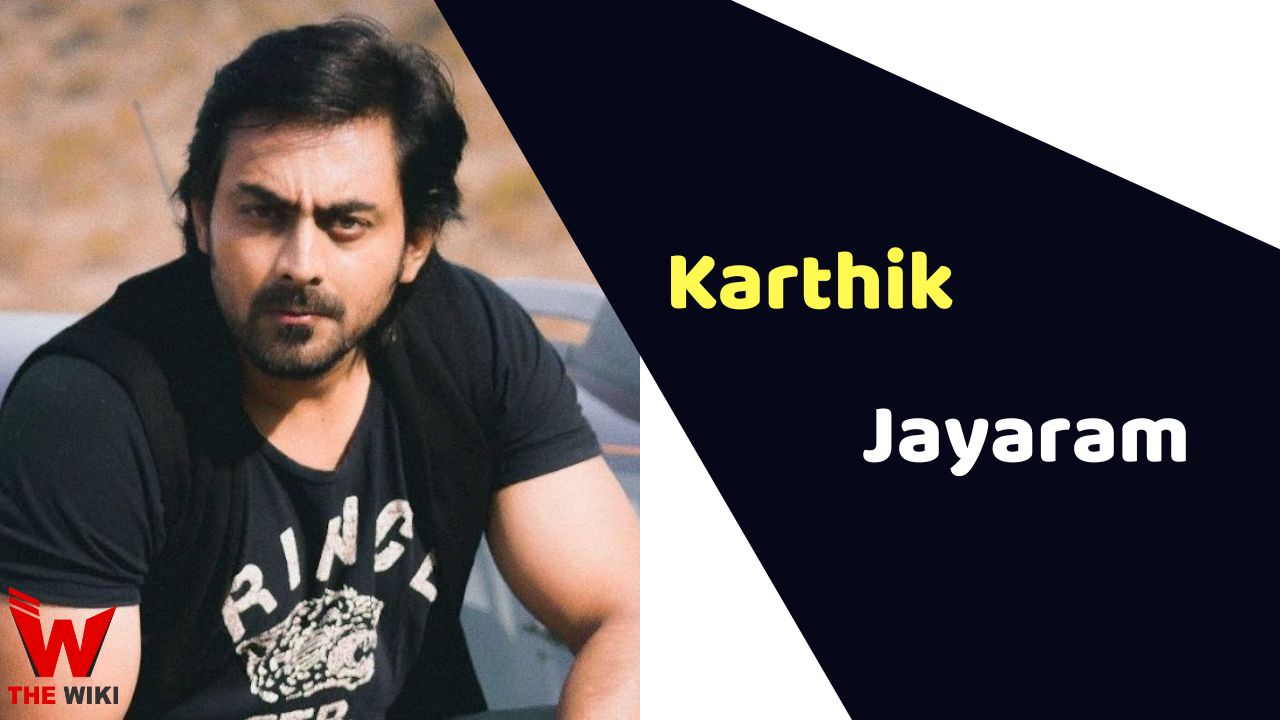 Karthik Jayaram is an Indian model and actor who predominantly works in the Kannada movie and television industry. He garnered recognition by essaying the role of Surya in the 2014 movie Just Love and received various accolades for his performance. In 2022, he was seen in SAB TV’s television serial Alibaba Daastan E Kabul.

Karthik Jayaram was born on 1 May 1979 in Koppa, Karnataka, India. His father’s name is Dr. Jayram, and his mother’s name is Banumathi. He did his schooling at Sri Kumaran Children’s Home Mallasandra, Bengaluru, and graduated from BIT in Civil Engineering.

Karthik Jayaram started his career with the Kannada action film Kempe Gowda as Vaikunta in 2011. He acted in the 2011 action crime-thriller movie Jarasandha as Ravi Poojary. In 2013, he got featured in the action film Varadanayaka as Siddu. It is the official remake of the Telugu movie Lakshyam. He played the role of Karthik in the 2015 sports-comedy film Bengaluru 560023, which was a commercial hit. In the same year, he starred in the drama movie Care of Footpath 2 as a Police officer in 2015.

Karthik appeared in the film Aa Karaala Ratri as Chenna Keshava in 2018. He did a Hindi comedy drama-thriller movie O Pushpa I Hate Tears, as Adhitya in 2020.

Karthik debuted with the television series Ashwini Nakshatra as Jay Krishna aired on Colors Kannada from 2013 to 2015. He appeared in the drama series Agnisakshi as Superstar JK in 2013. From 2015 to 2016, he starred in the mythology serial Siya Ke Ram as Ravna on Star Plus.

He took part in the television reality show Bigg Boss Kannada season 5 and was the second runner-up from 2017 to 2018. In 2022, he acted in the drama-thriller series Naagini 2 as Aadishesha, broadcasted on Zee Kannada. He did a SAB tv series Ali Baba: Dastaan-E-Kabul as Iblis in 2022, based on the Arabian Nights character Ali Baba.

Some Facts About Karthik Jayaram

If you have more details about Karthik Jayaram. Please comment below we will update within an hour.