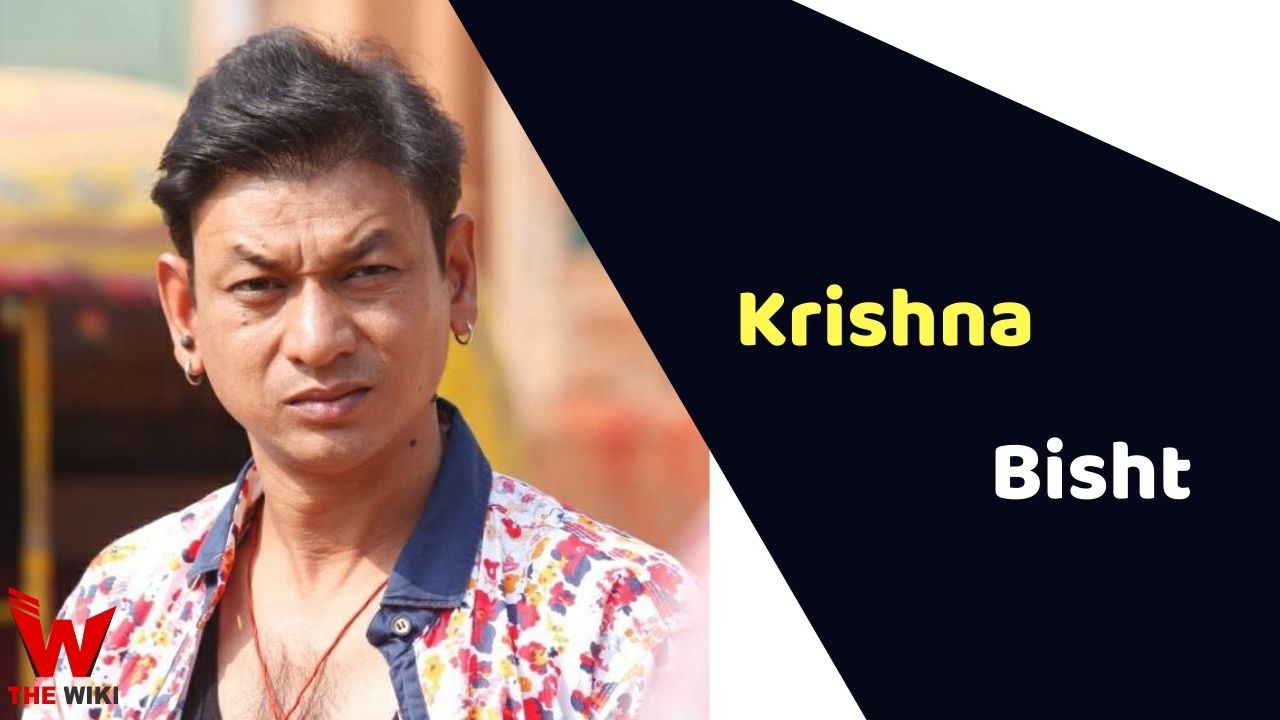 Krishna Bisht is an Indian movie and television actor. He is famous for his work in The Brave Child, Bhavai, Camp Decent, Vicky Donor and Sherni.

Krishna Singh Bisht was born on 14 September in Ranikhet, Uttarakhand. He has a sibling named Vandana Bisht. He completed his graduation from Ram Lal Anand College and Delhi University.

He began his career as a theatrical actor and entered Act One, a theatre group in Delhi. Krishna began his career with the crime drama-thriller film Bhindi Baazaar Inc. as Bhondu in 2011. He appeared in a short drama-family film Mombatti as PA in 2011. The Next year, he got featured in the comedy-romance movie Vicky Donor as Gulli in 2012. In 2013, he played the role of Keshav in the drama musical-romantic film RamLeela starring alongside Ranveer Singh and Deepika Padukone.

In 2014, Krishna worked in a comedy-romantic movie Sulemani Keeda directed by Amit Masurkar. He later got opportunity to work in TV series The Adventures of Hatim as Qasim. Krishna subsequently featured in many web series including TVF Pitchers, Poison and Betaal.

In 2016, he performed the figure of Gokul in the film You Are My Sunday. The Next year, he got cast in the comedy-drama movie Newton as Krishna followed by Chakallaspur as Kundan. In 2021, he played an important role in Vidhya Balan starrer Amazon Prime original film Sherni.

Some Facts About Krishna Bisht

If you have more details about Krishna Bisht. Please comment below we will updated within a hour.