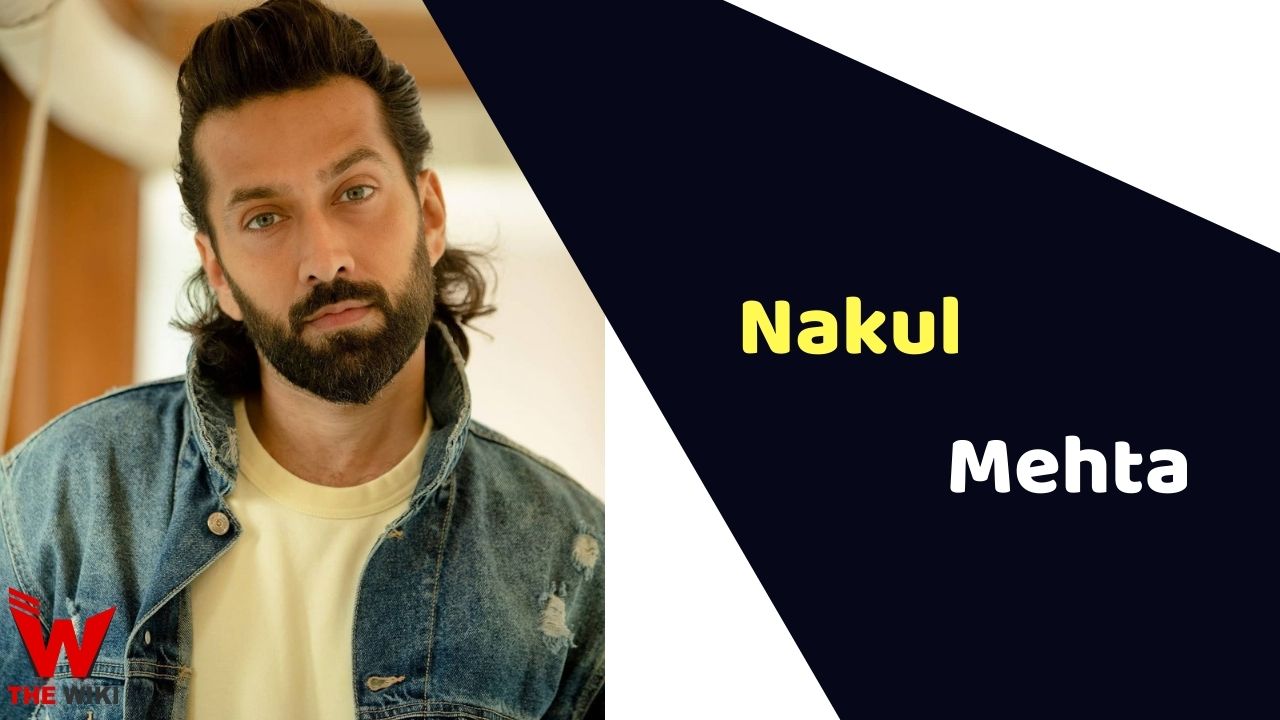 Nakul Mehta is an Indian actor and model. He is most famous for playing the role of Shivaay Singh Oberoi in the tv serial Ishqbaaz aired on Star Plus. His directorial debut was Pyaar Ka Dard Hai Meetha Meetha Pyaara Pyaara as Aditya Harish Kumar. He received a silver medal in the Latin Ballroom class and a gold medal in the Standard Ballroom class.

Nakul Mehta was born on 17 January 1983 in Udaipur, Rajasthan. Her father’s name is Pratap Singh Mehta. She has a sibling named Prachi Shah. He did his schooling at Jamnabai Narsee School, Mumbai, and graduated from Narsee Monjee College of Commerce and Economics, Mumbai. She holds a degree in Master of Commerce.

Nakul began his career with the Indian drama television series Pyaar Ka Dard Hai Meetha Meetha Pyaara Pyaara as Aditya Kumar, a rich boy in Mumbai, along with Disha Parmar as Pankhuri Gupta, broadcasted on Star Plus from 2012 to 2014. He hosted the reality tv show India’s Got Talent in 2015. From 2016 to 2019, he starred in the long-run romantic drama television serial Ishqbaaz as Shivaay Singh Oberoi. Meanwhile he also played same character in spin-off soap opera Dil Boley Oberoi. He appeared on an Indian musical reality competition series Lip Sing Battle aired on Star Plus in 2017.

He starred in the web series Never Kiss Your Best Friend as Sumer Singh Dhillon in 2020. In the same year, he acted in the series Bae Control as Shyam in 2020. He appeared in the web series Sunny Side Upar as Vishal in 2021. Recently, he will be appearing on the show Bade Achhe Lagte Hain 2 as Ram along with Disha Parmar in 2021.

Nakul made her debut with the drama film Abhimani in 2005. In 2008, he got featured in the drama romance movie Haal-e-Dil as Shekhar. He appeared in the short video Avant Grade Pythagoras Sharma as Pythagoras in 2011.

Nakul Mehta tied the knots with Jankee Parekh in 2012. The couple has a son named Sufi in 2021.

Some Facts About Nakul Mehta

If you have more details about Nakul Mehta. Please comment below we will updated within a hour.