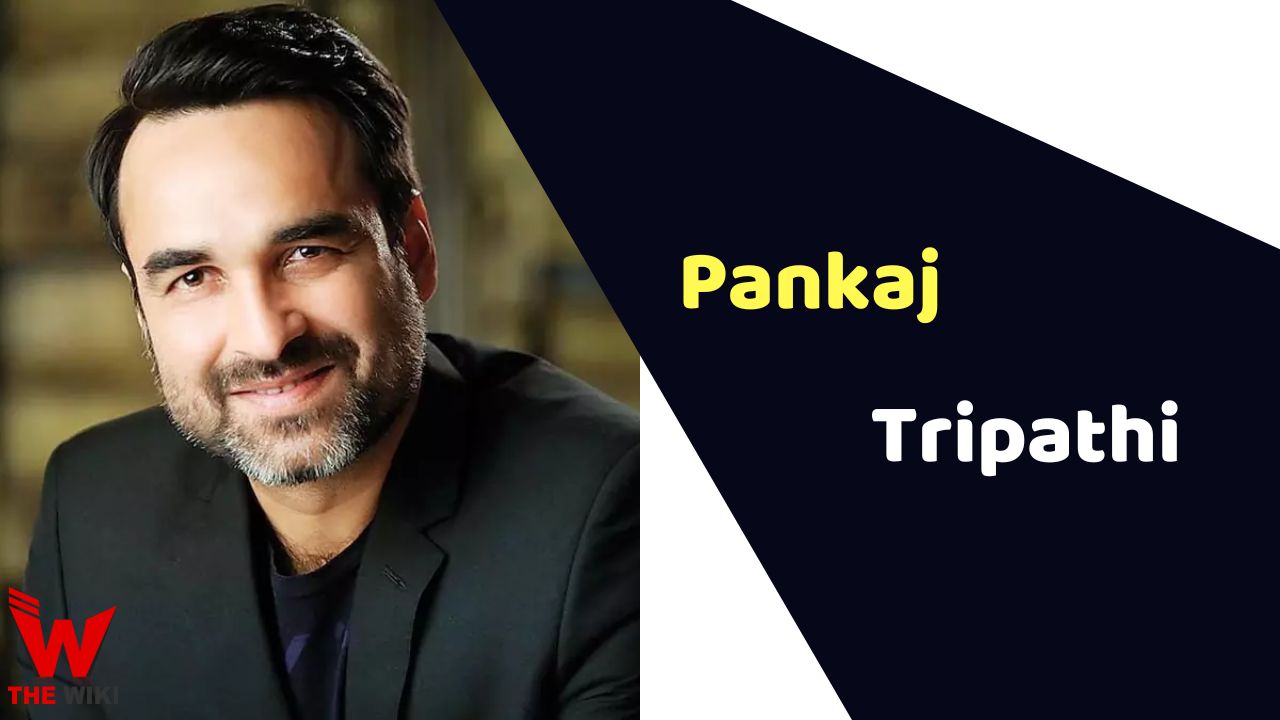 Pankaj Tripathi is an Indian Actor who works in Hindi film industry. He is famous for his antagonistic role in the film series Gangs of Wasseypur, which was breakthrough for his career. He has been part of many successful Bollywood films like Fukrey, Stree, Ludo, Bareilly Ki Barfi, Fukrey Returns, Dilwale etc. He has been titled as best actor in supporting roles by famous awards shows such as ITA , IIFA, Screen Awards, Zee Cine Awards.

Pankaj Tripathi was born on 5 September 1976 in Hindu Brahmin family in Belsand village, Gopalganj district, Bihar. His father name is Pandit Banaras Tiwari, who is a farmer and a priest and his mother’s name is Hemwanti. Pankaj has 3 brother and 2 sisters.

During his childhood days he used to participate in village natak and play the role of girl, which was appreciated by villagers. These appreciation inspired him to make career in acting.

Pankaj completed his schooling from D.P.H School, a local school in his village and then later went on for Hotel Management degree from Institute of Hotel Management, Hajipur. During his college days, he participated in theatre and was quite active in college politics. After his graduation, he worked as a chef for short period of time in Maurya Hotel, wherein he got the chance to meet Manoj Bajpai his idol. Later 7 years down the line, he enrolled himself in the National School of Drama in Delhi.

In 2012, Panakj surprised everyone with his antagonist role of Sultan Qureshi in the movie Gangs of Wasseypur, which got him lot of appreciation from his fans. From then the actor worked in many popular movies such as Dabangg (2012), Fukrey (2012), Gunday (2014), Bareily ki Barfi (2017), Lukka Chuppi (2019) etc.

Pankaj has also worked in the television industry and has also been seen in the popular web series such as Sacred Games (2018), Mirzapur (2018), Criminal Justice (2019), etc.

Pankaj married Mridula on 15 January 2005 in an intimate ceremony surrounded by loved ones. They first met during a wedding ceremony in 1993, at that time Mridula was studying in class IX and Pankaj was in class XI. Mridula was a teacher by profession and supported a lot to Pankaj during his initial struggling phase of career. The duo is also blessed with the daughter named Aashi.

Some Facts About Pankaj Tripathi

If you have more details about Pankaj Tripathi. Please comment below we will update within an hour.