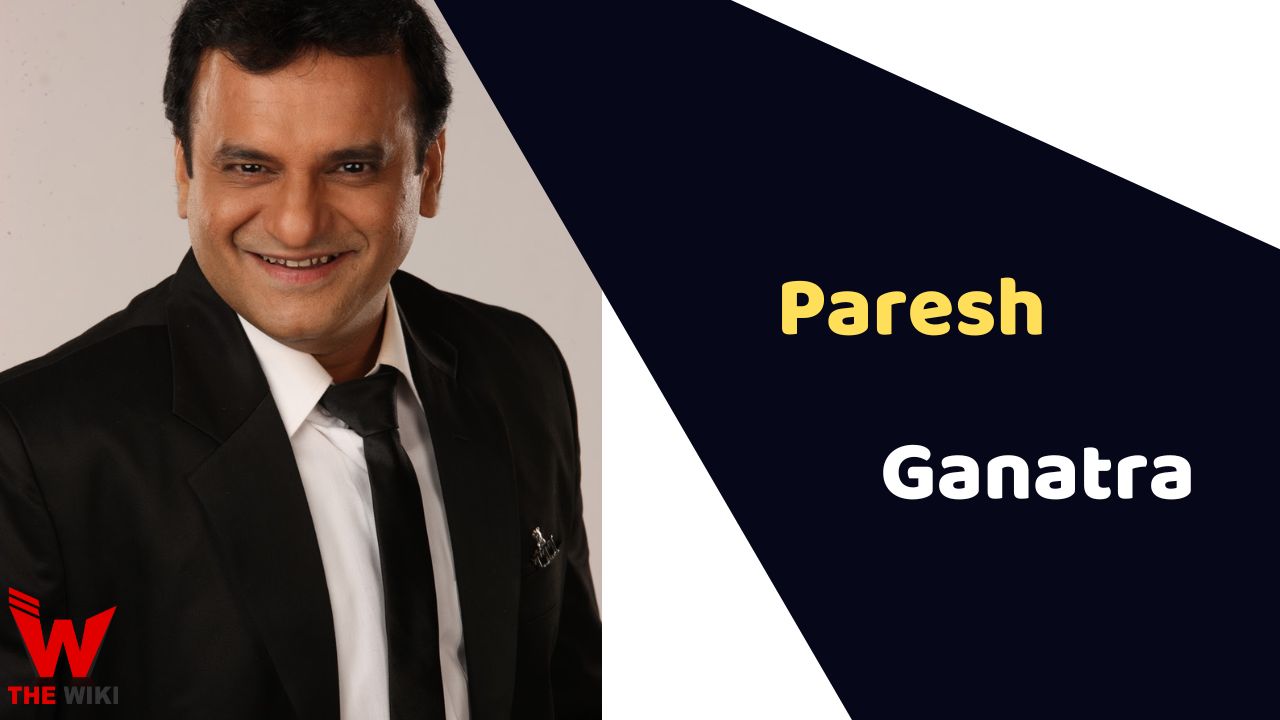 Paresh Ganatra is an Indian television and film actor. He is widely known for his comic role in TV serials. The serial Baa Bahoo Aur Baby (2005-2010) which got aired on Star Plus gave him the most recognition and also received Indian Television Academy Award in the Best Actor in a Supporting Role Category for it. He is also a comedian, producer, and theatre artist. Paresh is also known for his supporting role in famous films such as No Entry(2005) and Rowdy Rathore (2012).

Paresh was born on 19 February 1965 in Mumbai, Maharashtra. He brought up in a Gujarati household. The actor has a rich history of education. He completed his schooling at Lions Juhu High School in the year 1981. After that, he also graduated from a very renowned college in Mumbai, Narsee Monjee College of Commerce and Economics, and later completed his master’s degree from K.J. Somaiya Institute of Management Studies & Research, which now stand among the top 30 B-schools in the country.

Paresh had a keen interest in theatre, he started his acting career in a Gujarati theatre from the year 1984 to 1992. He got his first break into the industry in the year 1999.

Paresh did his schooling at Lions Juhu High school, Mumbai. He is a graduate of Narsee Monjee College of commerce and economics. While doing theatre, he completed his management degree from the top b-school in India, K.J. Somaiya Institute Of Management Studies And Research, Mumbai.

From the year 1999-2002, Paresh worked for a TV serial called Ek Mahal Ho Sapno Ka. But he got popular among Indian households with his character of Praveen Thakkar in the serial Baa Bahoo Aur Baby which was aired on Star Plus in the year 2005-2010. Paresh also participated as a contestant in various reality shows such as Comedy Circus 3 Ka Tadka (2009) and Comedy Circus Mahasangram (2010) along with Bharti Singh and Sharad Kelkar.

He has also played various characters in Comedy Nights with Kapil (2013-2016) and The Kapil Sharma Show (2016-2017). In 2019-2020, he was seen playing the role of Mahendra Thakkar in the comedy television series that premiered on Sony SAB TV. The story revolved around two neighboring families who are in the same business of Bhakharwadi.

Paresh also starred in Khichdi: The Movie (2010), which is an Indian comedy film based on the Star India TV franchise Khichdi which was directed by Aatish Kapadia. It was the first film in the history of Hindi Cinema to be based on a TV show.

In 2012, the actor received an award for the Best Comic Supporting Actor for the movie Rowdy Rathore, starring along with Akshay Kumar and Sonakshi Sinha, which took his career to new heights, it was no less than a milestone for him. In 2020, the actor also made his debut in the web series, The Scam 1992: The Harshad Mehta Story, where he played the role of Maheshwari who represents Radhakishan Damani in the show. The fans loved him in the series and said that he perfectly represented the character of the investor Damani.

The actor is married to Leena Ganatra and the couple is blessed with three children. One son and two daughters.

Some Facts About Paresh Ganatra

If you have more details about Paresh Ganatra. Please comment below we will update within an hour.