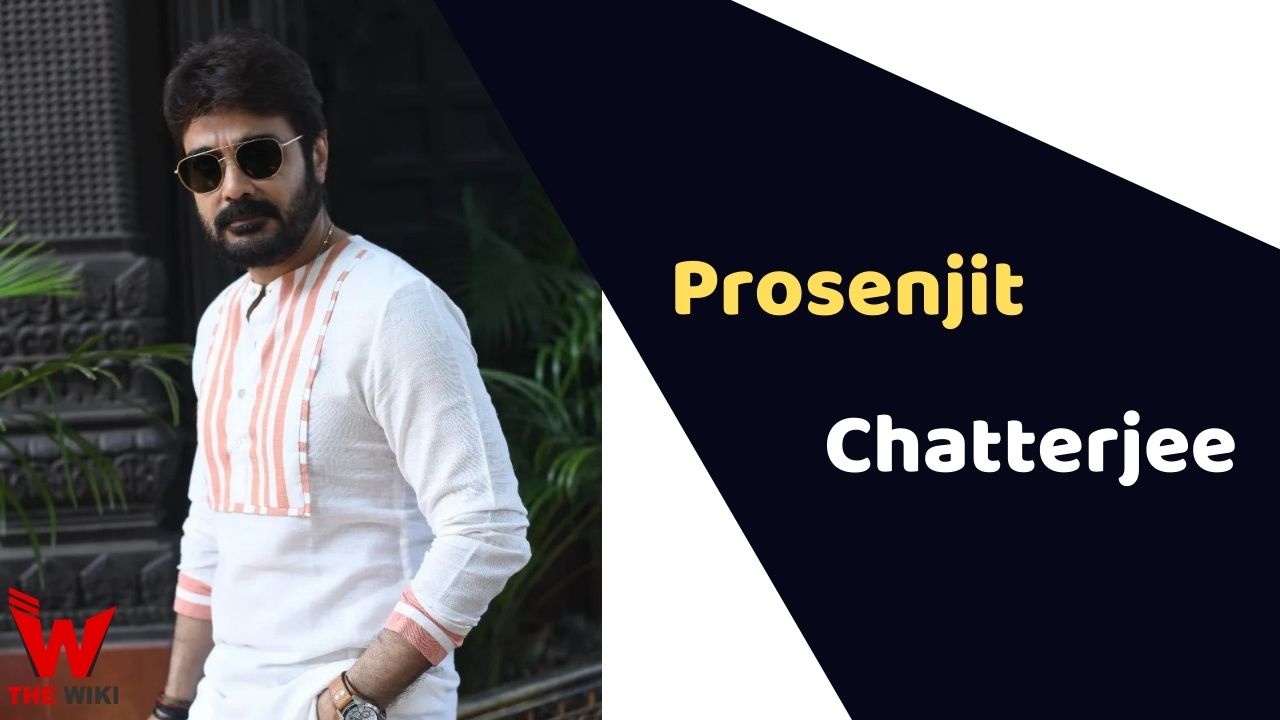 Prosenjit Chatterjee is an Indian actor and producer who primarily serves in the Bengali film industry. He was first introduced to the film Duti Pata by Bimal Roy. His revolutionary role along with Vijeta Pandit in Amar Singh in 1987, was a romantic-drama blockbuster film. Besides showing up in masala movies, he started filming midtown movies with Chokher Bali, featuring Aishwarya Rai Bachchan’s first Bengali film and met with a critical and commercial hit at the airing.

Prosenjit Chatterjee tied the knot with Arpita Pal in 2002. The couple has a son named Trishanjit Chatterjee. Previously, he had a couple of marriages with Debashree Roy and Aparna Guhathakurta. He and Aparna had a daughter named Prerona Chatterjee.

Prosenjit started his career with the Bengali film Duti Pata as Hero in 1983. His career took off from the film Amar Sangi as Sagar in 1987. In 1988, he appeared in the movie Ora Charjon as Joseph. He got cast in the 1990 film Aandhiyan as Vikram. The Next year, he appeared as Sanjay in the movie Katha Dilam in 1991. He was the lead actor in the film Apan Por as Gora, a servant of Pratap Chandra’s house in 1992. In 1994, he performed in the movie Tumi Je Aamar as Rahul. In 2000, Prosenjit did movies like Kulangar, Sajoni Aamar Sohag as Bijoy, Sasurbari Zindabad as Somu, and Aasroy as Sudhanshu.

Prosenjit got featured in the 2006 film Akai Aaksho as Ratan, an auto driver. In 2011, he played the prominent role of Shubhomoy in the movie Chalo Paltai. He acted in the action-drama film Force as ACP Arjun, an Encounter specialist, in 2014. In 2016, he played the role of Ujaan Mukherjee in the Indian Bengali movie Praktan. He starred in the film Jyeshthopoutro as Indrajit in 2019. In 2020, he acted in the movie Nirontor as Biplab. He did a film Kakababur Protyaborton as Raja Ray Chowdhury in 2022.

Prosenjit debuted with the Bengali television series Bangla Sera Paribar on Zee Bangla in 2013. He got featured in the series Mahanayak Uttam Kumar as Arun Kumar Chatterjee aired on Star Jalsha in 2016,based on the life of superstar Uttam Kumar.

In 2018, he appeared in the drama-romance series Shubho Drishti as Bumba Daa on Colors Bangla. He did a TV serial Aloukik na Loukik, on Star Jalsha in 2019.

Some Facts About Prosenjit Chatterjee

If you have more details about Prosenjit Chatterjee. Please comment below we will update within an hour.