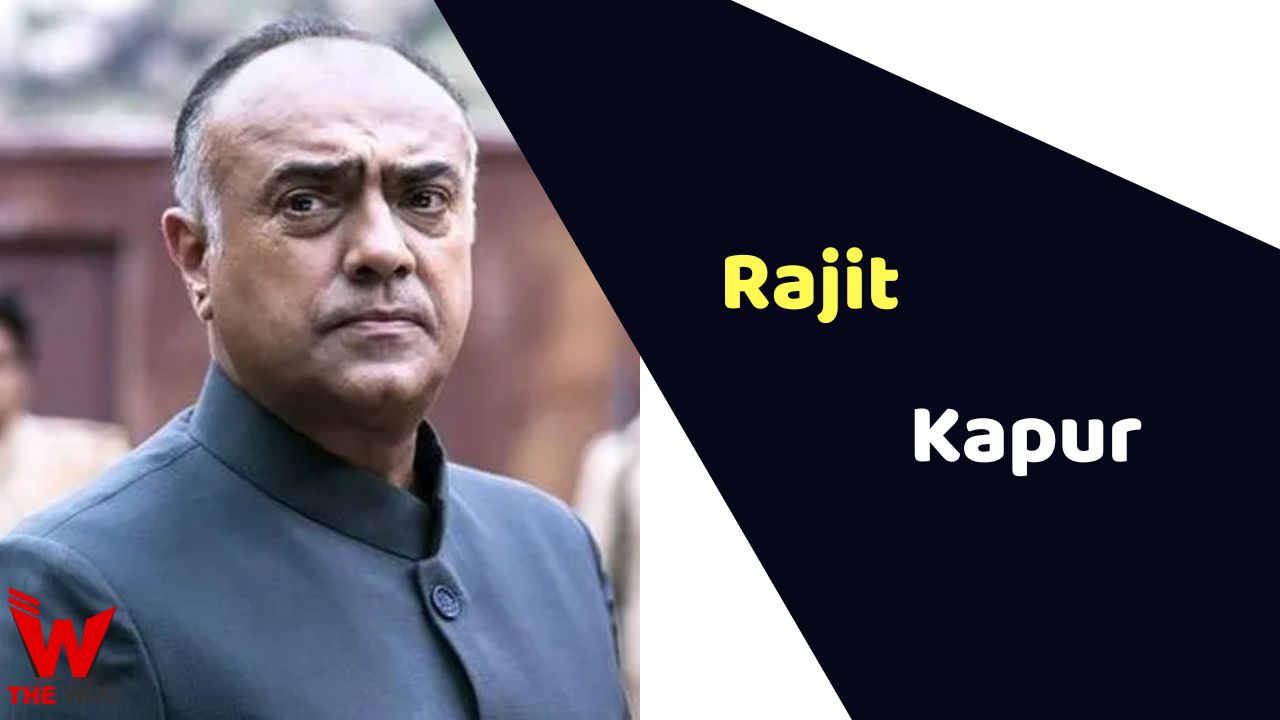 Rajit Kapur is an Indian film and director who mainly works in Hindi, Bengali, Malayalam and Marathi film industry. He is widely popular for his portrayal of Mahatma Gandhi in the film The Making of the Mahatma in the year 1996. Rajit has won the National Film Awards for the Best Actor for the movie. He also played important character in Hindi films like Uri: The Surgical Strike, Welcome to Sajjanpur, Begum Jaan, Raazi etc.

Rajit Kapur was born on 22 May 1960 in Amritsar to an Punjabi family. He completed his schooling from Cathedral & John Connon School and then later went to get Bachelor’s of Commerce degree from Sydenham College of Commerce & Economics.

Rajit first appeared on the television with DD National TV show Khel Khilone at the age of 6. Then in the year 1986, he made debut with the serial Ghar Jamai which got aired on DD National. In 1993, he also became popular for his role of Byomkesh Bakshi, where he played the titular role and has also appeared in its sequel in 1997.

Rajit started with movies in the year 1992, with the movie Suraj Ka Satvan Ghoda which was directed by Shyam Benegal. In 1996, he got famous for playing the role of Mohandas Karamchandra Gnadhi in the Bollywood movie called The Making of the Mahatma. He has also worked in various regional films including the Marathi film Limited Manuski (1995) , Malyalam movie Agnisakshi (1999) and Abaidha (2002).

He has also acted in famous Bollywood movie like Train to Pakistan (1998), Guzaarish (2010), Raazi (2018) and URI : The Surgical Strike (2019), etc. In 2022, he was seen in the movie Rocketry: The Nambi Effect, a biographical drama film, where he is playing the role of Vikram Sarabhai starring along with Madhavan.

Some Facts About Rajit Kapur

If you have more details about Rajit Kapur. Please comment below we will update within an hour.