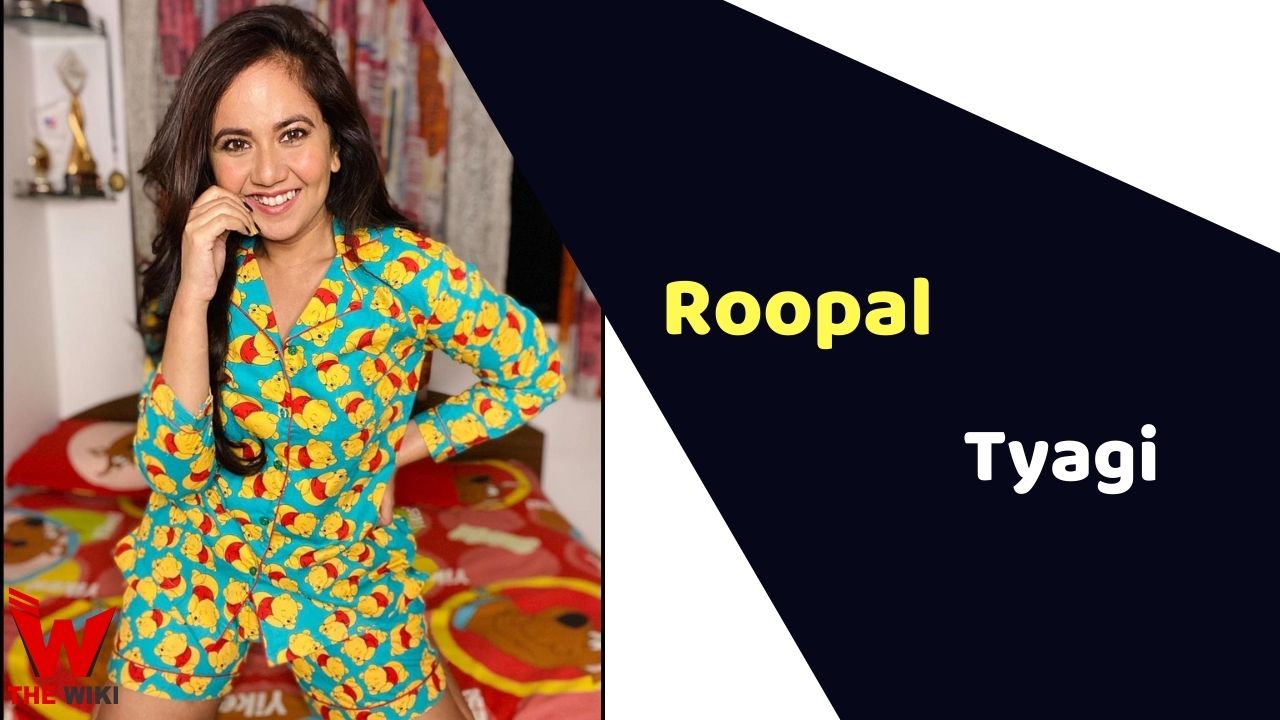 Roopal Tyagi is an Indian television actress and choreographer. She is known for playing lead role in TV show Sapne Suhane Ladakpan Ke (2012–2015), aired on Zee TV channel. She also participated in reality show Bigg Boss 9 and Jhalak Dikhhla Jaa 8 as a contestant.

Roopal Tyagi was born on 6 October 1989 in Bengaluru, Karnataka to a Hindu family. She is daughter of Rajesh and Poonam Tyagi. She also has a younger brother Smitesh Tyagi.

Tyagi did her schooling from Sophia High School, Bangalore and came to Mumbai to try luck in film industry. She trained at Shiamak Davar’s dance institute and started working as a choreographer under Pony Verma in films.

Tyagi started her career as a dance choreographer in the industry. She worked in many film and television before entering as an actor. She made her acting debut with TV show Hamari Betiyoon Ka Vivaah in 2008. Tyagi played an important role of Mansha Kohil alongside Raju Kher, Pariva Pranati and Himani Shivpuri. Later she also worked in Dill Mill Gaye and Ek Nayi Chhoti Si Zindagi.

In 2012, Tyagi rose to fame by playing lead role in Zee TV’s most popular TV show Sapne Suhane Ladakpan Ke. The show was all about celebrating adolescence depicting the lives of two teenage girls, Gunjan and Rachna. She won two times Zee Rishtey Awards in the category of Favourite Behen for the show.

Roopal Tyagi was in relationship with actor Akhlaque Khan but broke off with him on some personal issues. Later she dated Ankit Gera, her co-star from Sapane Suhane Ladakpan Ke.

Some Facts About Roopal Tyagi

If you have more details about Roopal Tyagi. Please comment below we will updated within a hour.