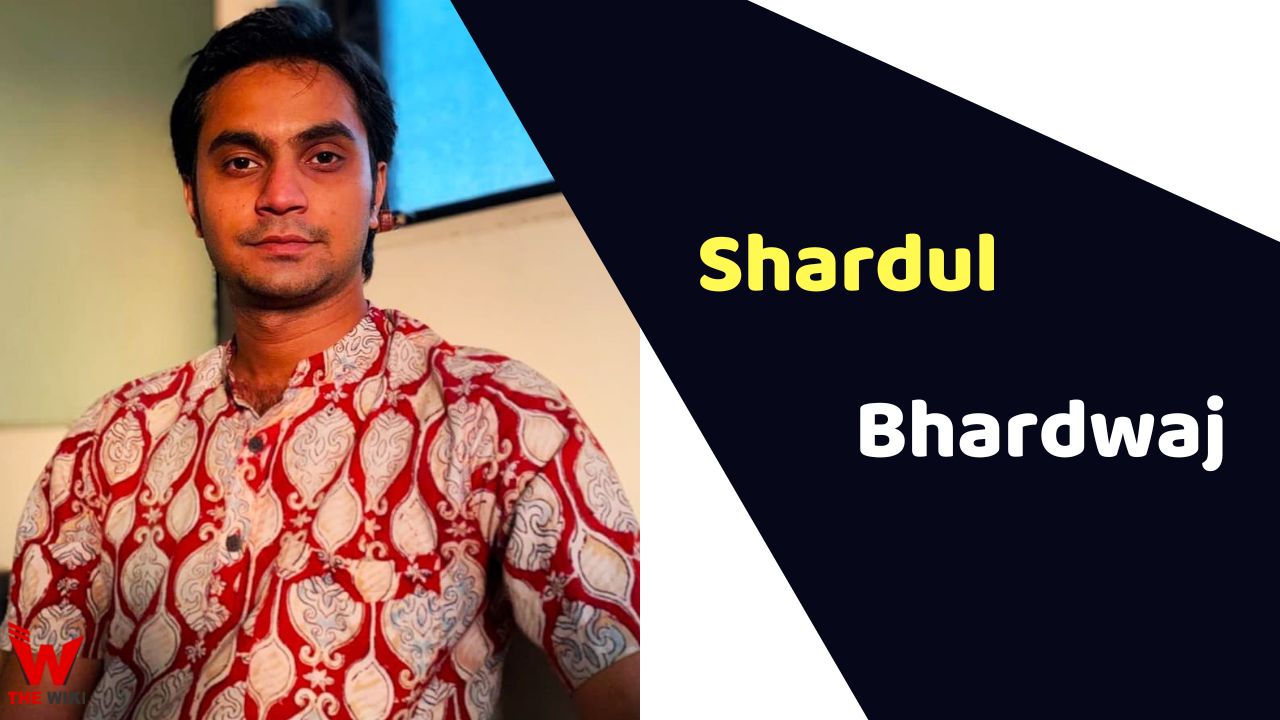 Shardul Bhardwaj is an Indian actor and Costume Designer. He played lead role in Vishal Bhardwaj directed film Kutte in 2023. He started acting career with Hindi film Bhonsle in the year 2018. Shardul also worked as a costume designer in film Eeb Allay Ooo!

Shardul Bhardwaj was born in Delhi, India. He did early education from Modern School, Barakhamba Road. He received Bachelor of Arts in English Literature {Hons.} at University of Delhi. Afte the graduation, he joined Film and Television Institute of India to pursue career in acting field.

Shardul started his career as a stage artist and was a part of The Players, a Theatre society of Kirori Mal College. He then moved to Mumbai to work in Bollywood films. Shardul got first acting role in Manoj Bajpayee starrer film Bhonsle in 2018. He subsequently played Anjani Prasad and also handled the costume designer job in the movie Eeb Allay Ooo!

In 2020, Shardul was seen in Amazon’s Prime Video’s film Unpaused as Rafique. His other credits include 2024 and Kuttey.

Some Facts About Shardul Bhardwaj

If you have more details about Shardul Bhardwaj. Please comment below we will update within an hour.