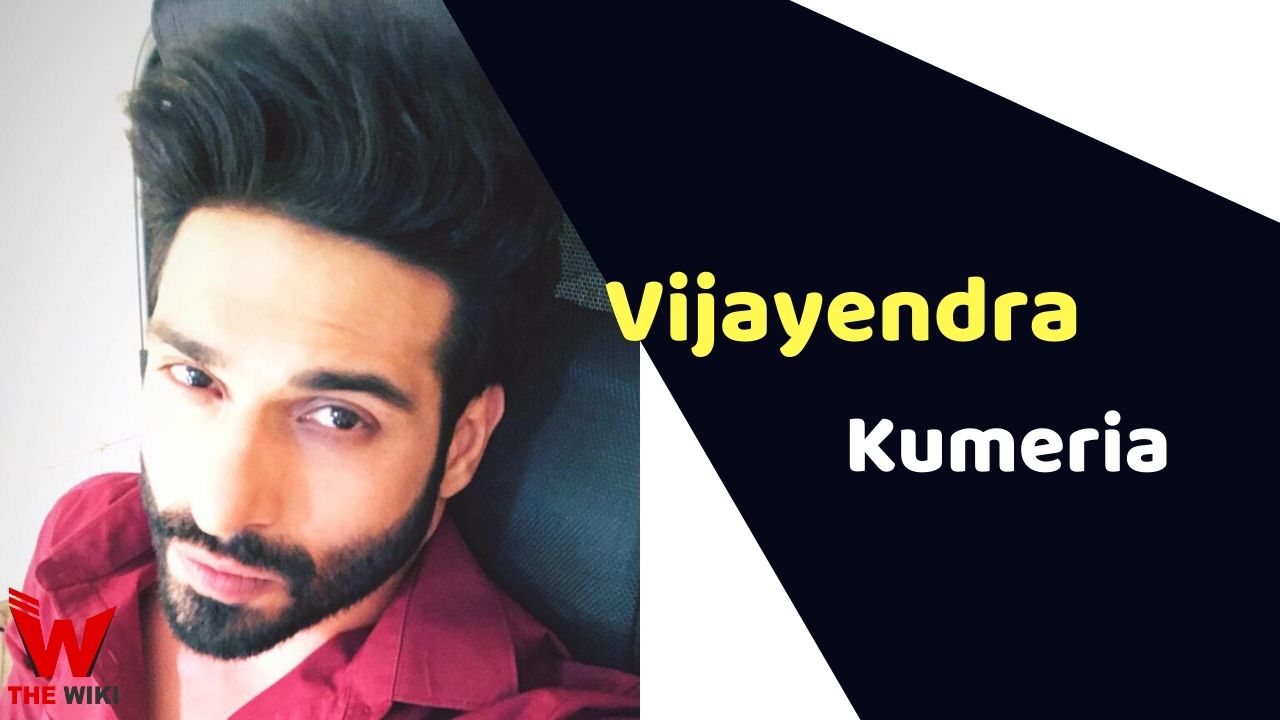 Vijayendra Kumeria is an Indian television actor. He is best known for television shows Mose Chhal Kiye Jaaye, Udaan, Sufiyana Pyaar Mera, Naagin 4 and Shastri Sisters. He is active in the television industry since 2011.

Vijayendra Kumeria was born on 12 October 1986 in Ahmedabad, Gujarat. He belongs to a Gujarati Hindu family. He never thought that he would one day work in the television industry. Before appearing on television, he used to work in cabin crew in civil aviation. After giving some auditions in Mumbai, he was selected for Zee TV channel show Chhoti Bahu. In this show, he played the role of Jolly Bhardwaj. Later he acted in several television serials like Naagin, Udaan, Shastri Sisters, Tumhari Paakhi, Aaj Ki Housewife Hai … Sab Jaanti Hai.

Some Facts About Vijayendra Kumeria