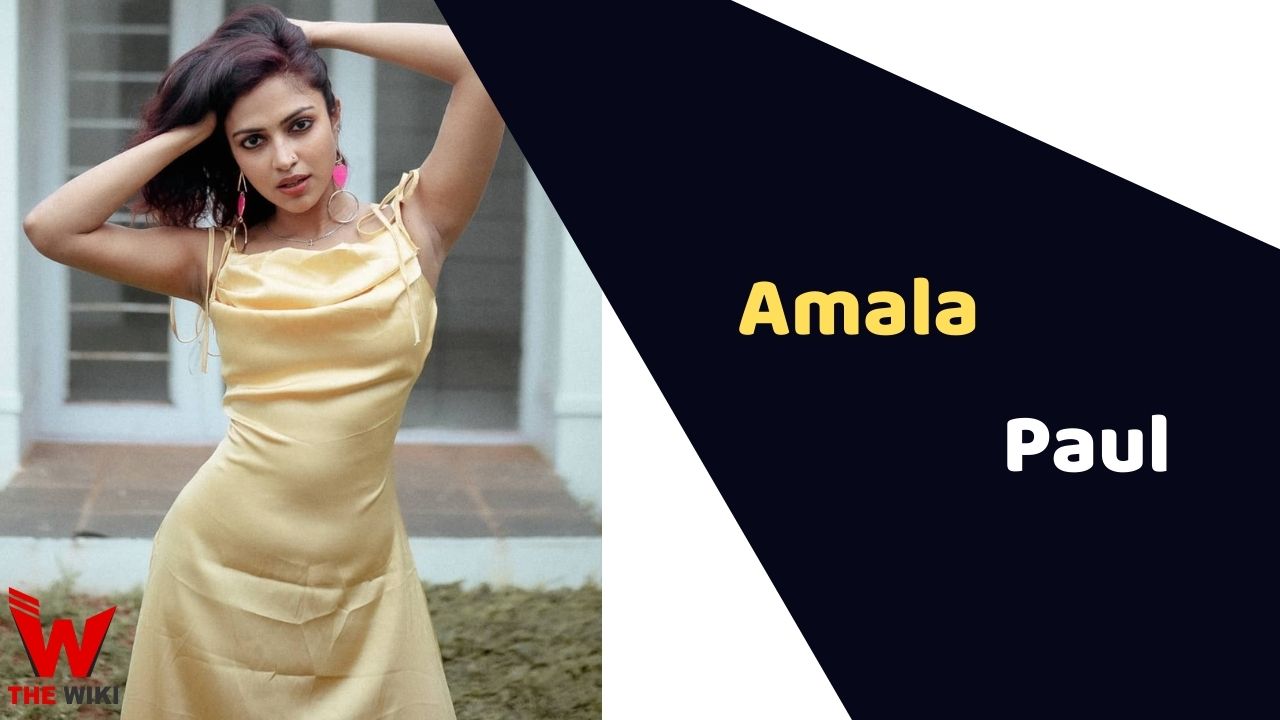 Amala Paul is an Indian actress who has worked in Tamil, Telugu, and Malayalam film industry. She got popular after the release of her film Sindhu Samaveli in 2010. She has won numbers of awards for her work in entertainment industry.

Amala Paul was born on 26 October 1991 in Ernakulam, Kerala to a Christian family. Her father’s name is Paul Varghese. Her mother Annice Paul is a singer. She has a brother Abhijit Paul, who is also an actor. Amala went to Nirmala Higher Secondary School, Aluva in Kerala. She then pursued Bachelors in Communicative English from Teresa’s College in Kochi.

Amala made her debut in 2009 with Malayalam film Neelathamara and played the role of Beena in the movie. In 2010, she worked in a Tamil movie Veerasekaran as Sugandhi. She got recognition for her portrayal of Sundari in movie Sindhu Samaveli. Amala was also noted for her work in the movie Mynaa. In 2012, she made her debut in Telugu industry with the movie Bejawada. She worked in Kannada movie Hebbuli in 2017 for the first time.

Over the years, Amala has worked in several Malayalam, Kannada, Tamil and Telugu films. Some of her movies are Vettai, Run Baby Run, Thalaivaa, Pasanga 2, Ratsasan.  Amala was seen in anthology movies Kutty Story and Pitta Kathalu in 2021.

Amala was married to director A. L. Vijay on 12 June 2014 at Mayor Ramanathan Chettiar Hall, Chennai. However, the couple filed divorce in 2017, due to disagreement between her and her in-laws to continue acting career.

Some Facts About Amala Paul

If you have more details about Amala Paul. Please comment below we will updated within a hour.