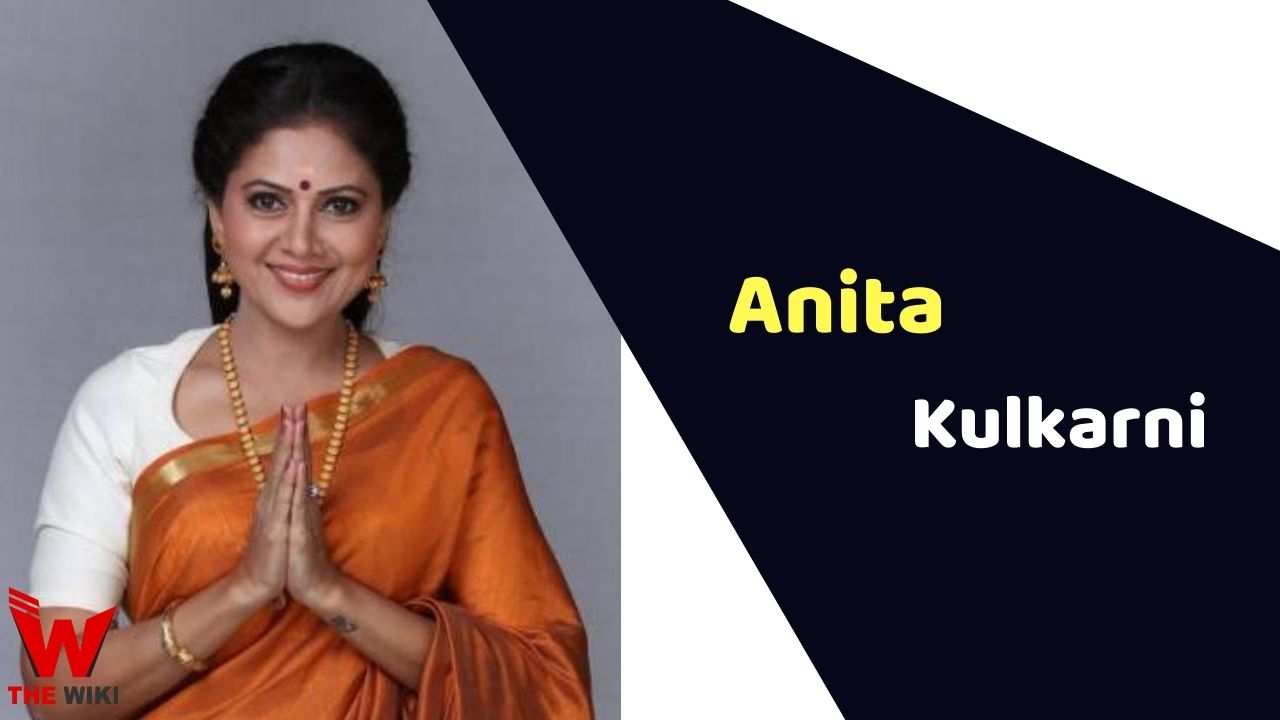 Anita Kulkarni is an Indian television and film actress. She is recognized by her role of Chotti Maa in the television serial Balika Vadhu on Colors TV. She is also famous for Aabhas (2005), Veerey Ki Wedding (2018), and Sundari (1997). Her other works include Ghar Aaja Pardesi, Dekha Ek Khwab, Sundari, and Tujhko Sallam Hai Zindagi.

Anita Kulkarni was born in Mumbai, Maharashtra. She has an elder sibling. She did a lot of play in her school days and got awarded the best debut award from the state government for a theatre play in 10th standard.

Anita began her acting career as a theatre artist and initially worked in few Marathi daily soaps. She got her first prominent role in B. R. Chopra’s produced TV series Kanoon as Nimmi Kapoor/Guddi. The show was aired in 1993. Later she was seen in many television series. She was also part of TV show Tujhko Salaam hai Zindagi, which was telecasted on Sony TV in 2007. She was also seen in a negative role as Thakurayin in ‘Betiyaan’. She debuted in Bollywood with the movie Lekar Hum Deewana Dil (2014) as Dino’s mother and was also part of film Veere Di Wedding.

Her most popular television show was Balika Vadhu in which she played the role of Choti Maa aka Meenakshi Shekhar (Anoop’s wife). The show gave her fame in television industry. In 2021, Anita was seen in Color’s TV show Sasuraal Simar Ka 2 as Indu Nayaran.

Anita Kulkarni tied the knots with Mandar Kulkarni. The couple has a son named Vistar Kulkarni.

Some Facts About Anita Kulkarni

If you have more details about Anita Kulkarni. Please comment below we will updated within a hour.