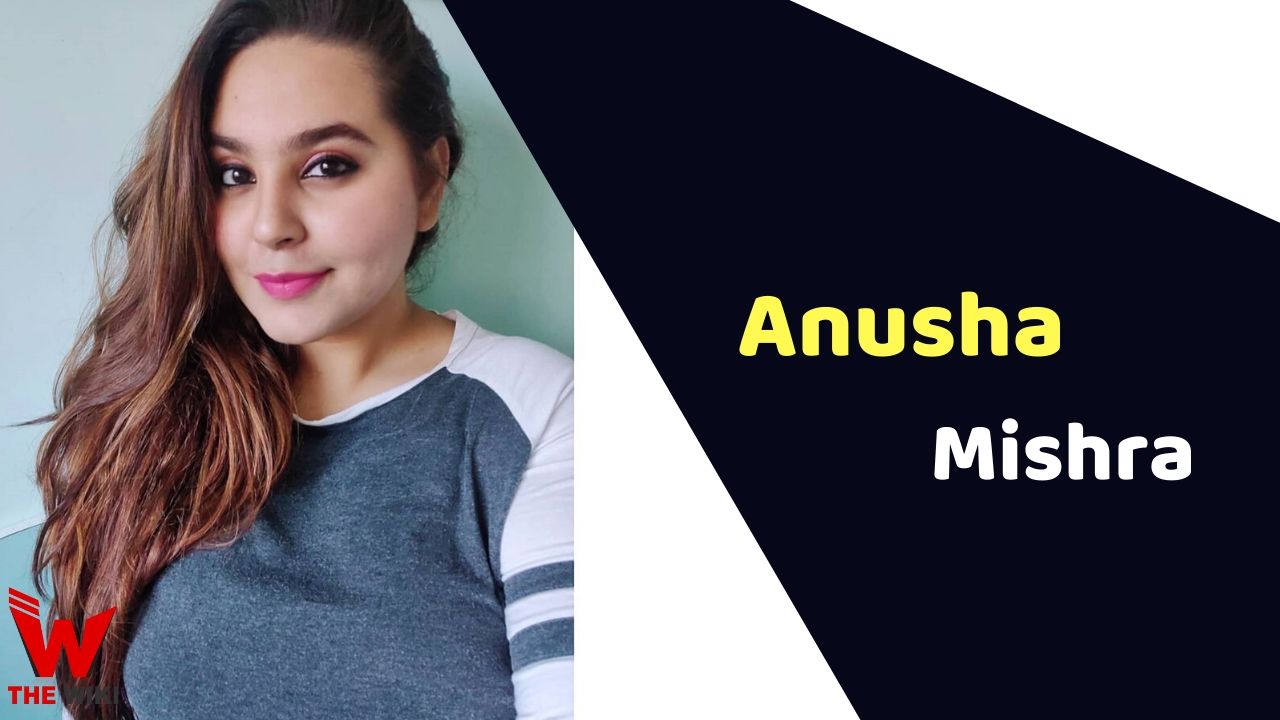 Anusha Mishra is an Indian television actress. She is known for her female protagonist role in the show “Tera Kya Hoga Alia” of the SAB TV channel. She started her career off as a content writer moving on to become a creative supervisor.

Anusha Mishra was born on 22 December 1995 in Varanasi, Uttar Pradesh. She moved to Mumbai with her mother in 2000. Her mother pratichi Mishra is a famous TV actress. Anusha holds a Bachelor of Mass Media (Advertising) degree from Thakur College of Science and Commerce. She has always participated in cultural activities since her school days. In 2014, she won a pageant called ‘Mr. & Ms. Academia’ in college.

Anusha Mishra started her career as a Content Writer. She worked as an Assistant Conceptualizer at Work Ventures Experiential Marketing Pvt Ltd. She, then, worked as a Content and Social Media Manager at ZoEasy and as a Creative Supervisor & Digital Marketer at Tonic Worldwide, handling brands such as Sony PIX, Sony SAB, Sony Entertainment Television, AXN and more.

While she was working there, she was asked to audition for a role in Sony SAB’s upcoming TV serial, which she immediately grabbed. Mishra made her acting debut in 2019 with “Tera Kya Hoga Alia” in which she plays the role of ‘Alia.’

Some Facts About Anusha Mishra

Finally a win. Made these idiots proud. I love you guys. 💕