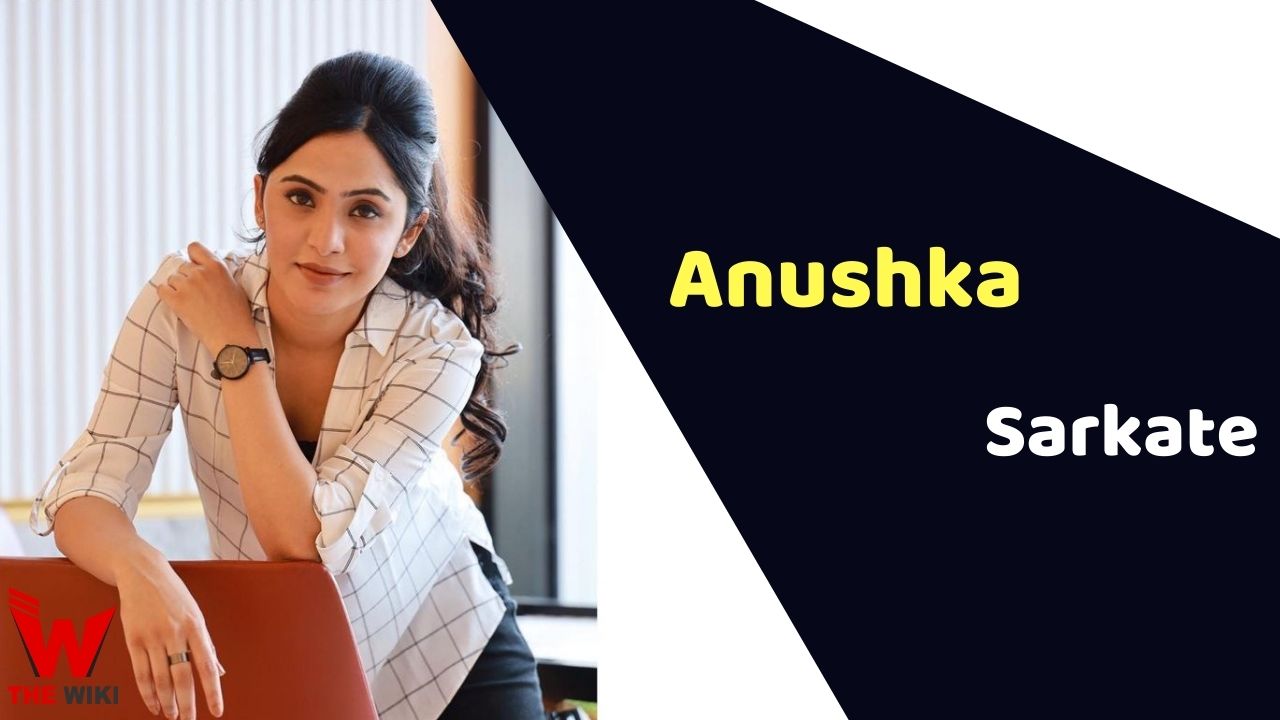 Anushka Sarkate is an Indian television actress, especially works in Marathi TV serials and movies. She initiated her television debut in the Marathi serial Me Tujhich Re on Sony Marathi. Following this, she played the lead role in Laxmi Devi In Shree Laxmi Narayan (2019). Nowadays, she is playing the lead role of Priyanka in Karbhari Laybhari (2020).

Anushka Sarkate was born on 7 November 1994 in Aurangabad, Maharashtra. Her parents are Sanjay and Varsha Sarkate. She did her schooling from Kids Kingdom English High School, Aurangabad and graduated from the Government College of Engineering.

Anushka started her career with Marathi television serial Me Tujhich Re on Sony Marathi. After this, she played the lead role in Shree Laxmi Narayan in the year 2019. Currently, she is playing the lead role of Priyanka in Karbhari Laybhari (2020) alongside Nikhil Chavan. Since childhood, she has been passionate about theatre and takes part in various cultural shows. Whereas in Pune, she remained active in numerous theatre groups performing multiple plays.

Some Facts About Anushka Sarkate

If you have more details about Anushka Sarkate. Please comment below we will updated within a hour.