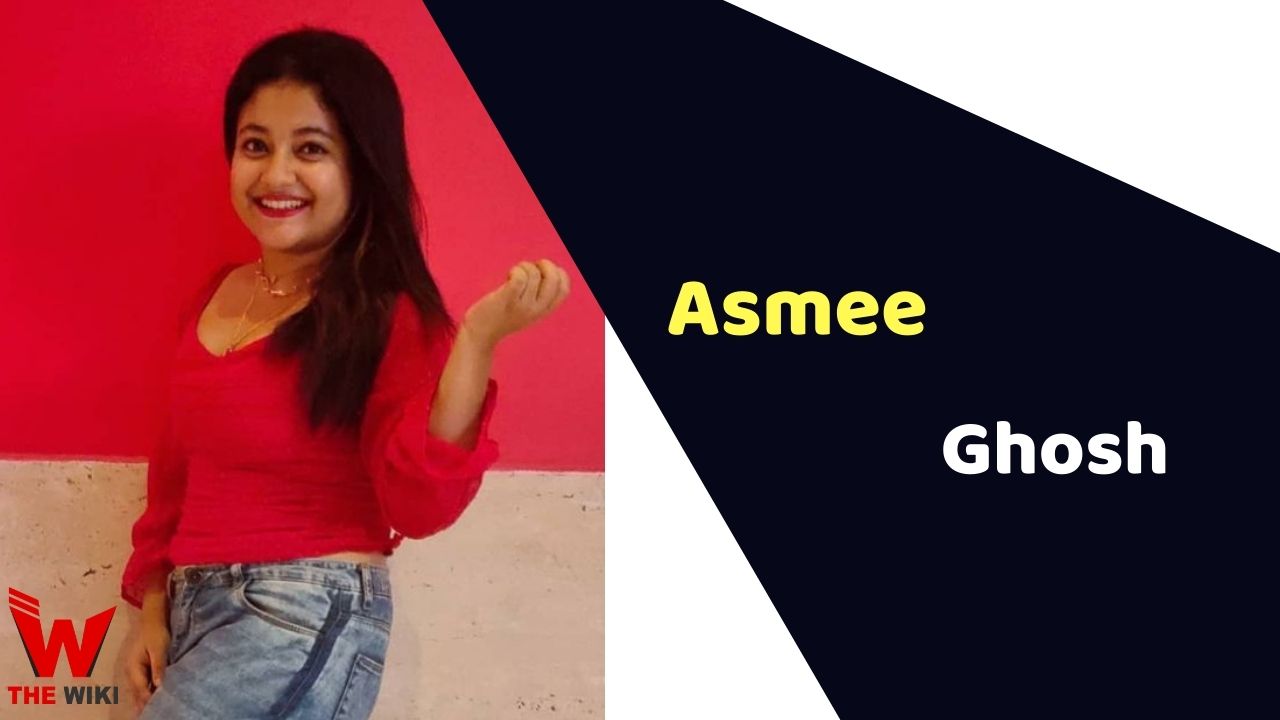 Asmee Ghosh is an Indian television actor and film actress. She started acting from a very young age and has become a household ever since. She mostly works in Bengali films and TV serials and debuted in acting industry with Bikram Singha: The Lion is Back in year 2012.

Asmee Ghosh was born on 21 April 1999 in Kolkata, West Bengal. She did her schooling from G.D Birla Centre of Education. Her mother’s name is Rituparna Ghosh.

Asmee started her career at a tender age with a TV show Sati in 2012. She made her silver screen debut with Posenjit Chatterjee starrer film Bikram Singha: The Lion is Back as Baby Titli, She has also been a part of Koneenica Banerjee starrer ‘Andalmahal’, the popular period-drama based on Rani Rashmoni. She was seen playing a meaty role of Mou in Sreemoyee, which is again a hit show starring Indrani Halder in the titular role. Actors Chitra Sen, Sudip Mukherjee, Tota Roy Chowdhury, Ushasie Chakraborty, Saptarshi Moulik and others play prominent roles in this show.

In 2021, Asmee was seen in a Bengali television show Dhulokona. The show is being produced under the banner of Magic Moments Motion Pictures, in which Manali Manisha Dey and Indrasish Roy played the lead roles.

Asmee Ghosh is dating Subhankar Saha, a dancer and a vloger.

Some Facts About Asmee Ghosh

If you have more details about Asmee Ghosh. Please comment below we will updated within a hour.