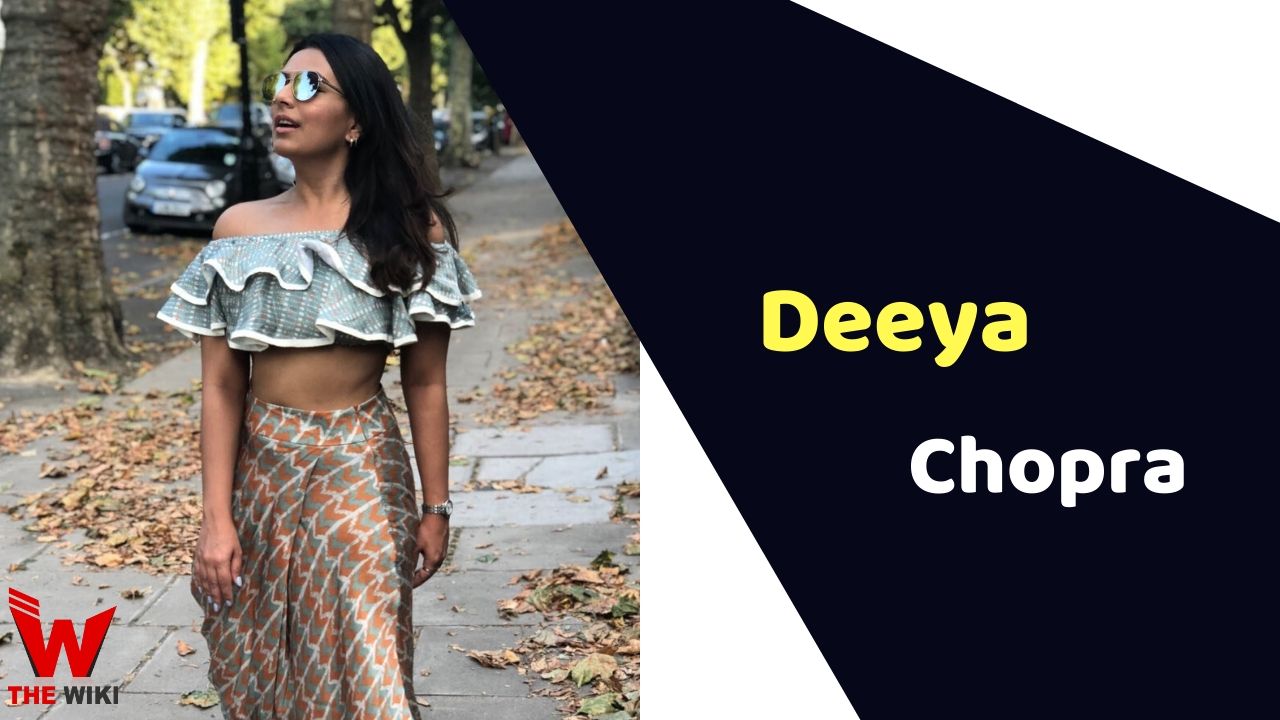 Deeya Chopra is an Indian television actress, she is known for television serial Mann Kee Awaaz Pratigya, Na Aana Is Des Laado, Love Story and Mrs. Kaushik Ki Paanch Bahuein. She is originally from New Delhi. She started her career in the year 2007.

Deeya Chopra was born on 9 December 1985 in New Delhi. She has been fond of acting since childhood. Her dream brought her to Mumbai’s glamor industry. In 2007, after some time in Mumbai, she got a chance to make a debut in the television world with SAB TV’s show Love Story. After this show she appeared in many television serial Left Right Left  Hindi Hai Hum, Na Aana Is Des Laado, Kashi – Ab Na Rahe Tera Kagaz Kora, Mann Kee Awaaz Pratigya, Mrs. Kaushik Ki Paanch Bahuein and Chhanchhan

Some Facts About Deeya Chopra

If you have more Details about Deeya Chopra. Please comment below we will updated within a hour.