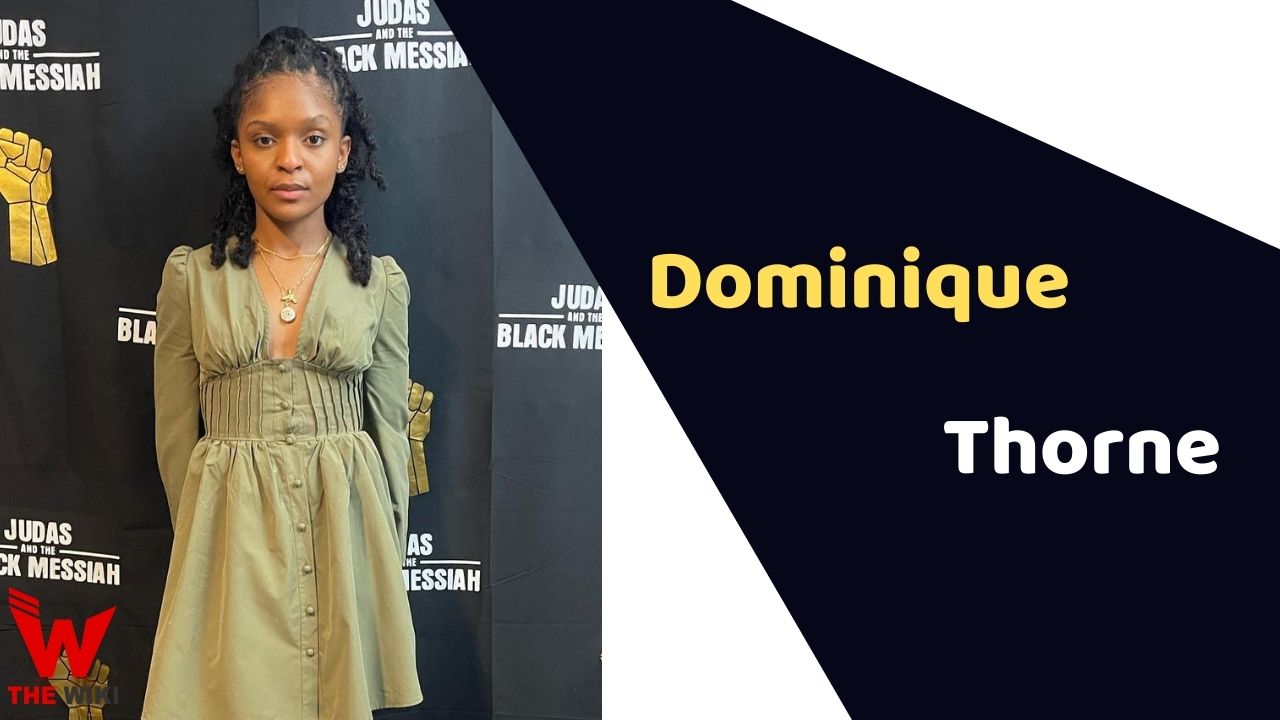 Dominique Thorne is an American actress. She is best known for her performance as Riri William feature film Black Panther: Wakanda Forever. Earlier, she played lead role in If Beale Street Could Talk and Judas and the Black Messiah.

Dominique Thorne was born on May 11, 1997 in Brooklyn, New York. Her father’s name is Navie Guy, and her mother’s name is Nerissa Guy. She has two siblings named Ky-Mani and Caleb. She did her schooling at Professional Performing Arts School and graduated from Cornell University.

Dominique Thorne started her career with the American romantic-drama movie If Beale Street Could Talk as Shelia Hunt, Funny’s sister, in 2018. She starred in the biographical crime-drama film Judas and the Black Messiah as Judy Harmon in 2021. In 2022, she got featured in the superhero movie Black Panther: Wakanda Forever as Riri Williams or Ironheart, an ingenious inventor who creates an armor that competes with Iron Man’s armor. Dominique is going to appear in Marvel’s television series Ironheart as Riri Williams.

Some Facts About Dominique Thorne

If you have more details about Dominique Thorne. Please comment below we will update within an hour.