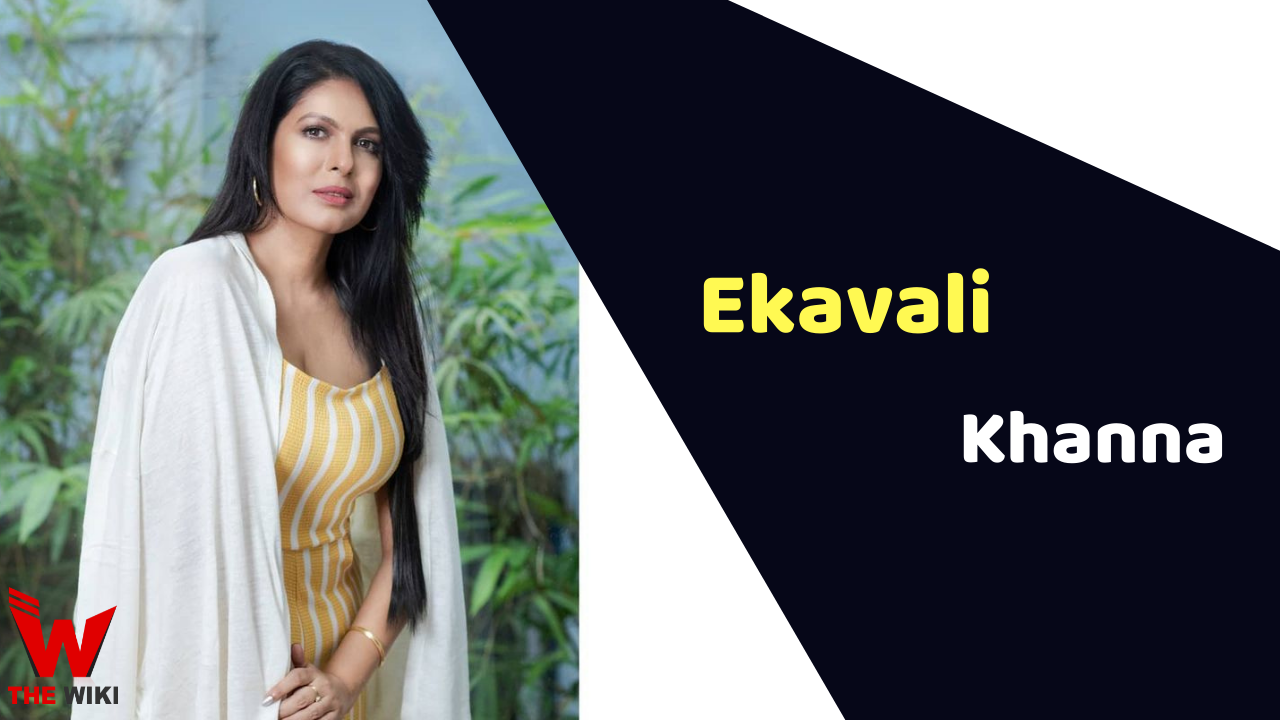 Ekavali Khanna is an Indian actress who has appeared in Bollywood, Hollywood, and Bengali films. She is famous for her performance in Kaun Kitne Pani Main, Veere Di Wedding, Bioscopewala, Line of Descent and Angrezi Mein Kehte Hain. She has also worked in popular web series like Bombay Begums, Crackdown, Mafia and Out of Love.

Ekavali Khanna was born on 30 January 1980 in Kolkata, West Bengal. Her father is a Punjabi and mother is from Goa. Khanna grow up in Kolkata and did her schooling at Modern High School for Girls, Kolkata. She has done graduation from Delhi University.

Khanna got introduced by English drama film Memories in March in the year 2010. Later she has worked in supporting roles in several films like Ganesh Talkies, Khola Hawa, Zed Plus, Katmundu. In 2015, she rose to fame by Hindi film Kaun Kitni Mumri Main directed by national award winner Nila Madhab Panda, played the role of Gulabi alongside Kunal Kapoor, Radhika Apte, Saurabh Shukla and Gulshan Grover.

She made a guest appearance in K.D. Satya movie Bollywood Diaries as Raveena in 2016. Her next release was Dear Das, as Nupur with Arvind Swamy. She was part of the Rohit Karn Batra Hollywood movie The Field in 2017. She starred in worldwide acclaim Norwegian movie What Will People Say as Najma. She played the role of Shobhita in the drama film Bioscopewala in 2018. The film got adapted from the 1892 Kabuliwala novel by Nobel Prize winner Rabindranath Tagore. Her other notable works includes Veerey Di Wedding, Angrezi Mein Kehte Hain, Line of Descent etc.

Some Facts About Ekavali Khanna

If you have more details about Ekavali Khanna. Please comment below we will updated within a hour.