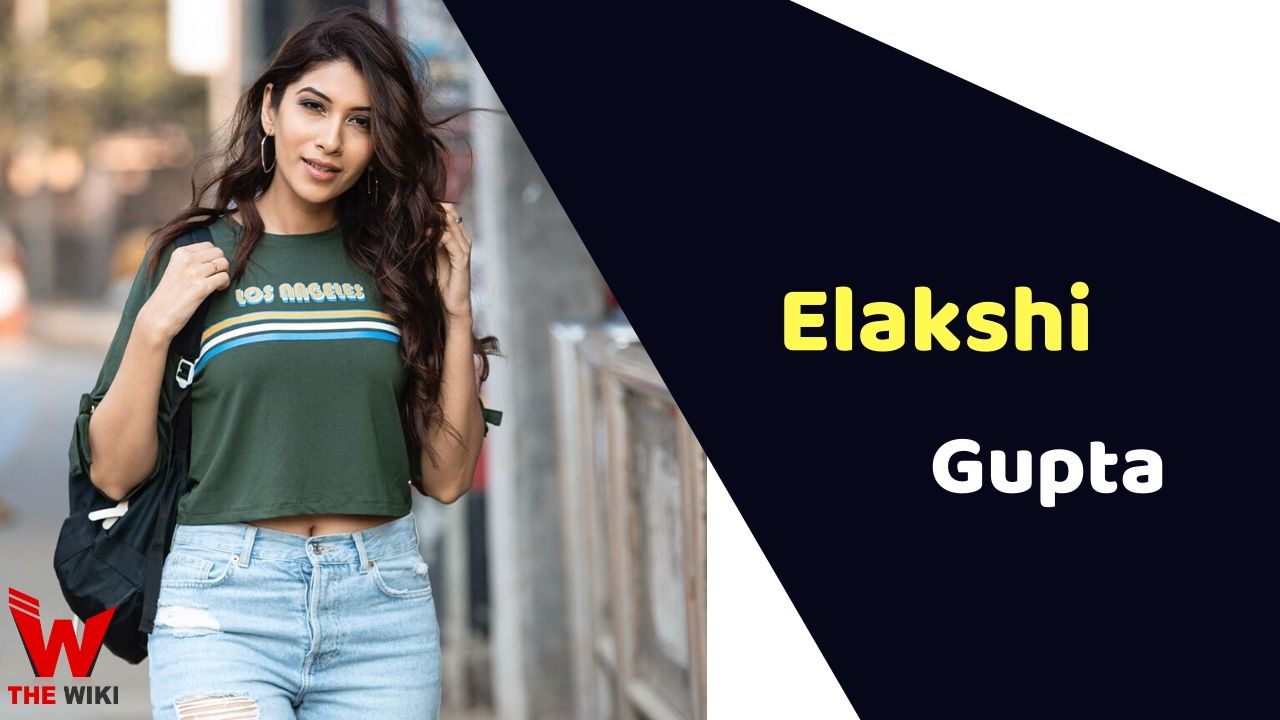 Elakshi Gupta is a film and television actress. She has been also a popular model. She is known for the films Qaidi Band, Love Betting, Bazaar, Drive and Taanhaji. Apart from films, She is very active in the modeling industry. She has worked in several television commercials.

Elakshi Gupta was born in Nagpur, Maharashtra. She belongs to a middle-class Hindu family. her parent Meenakshi and Shashikant Morey both are doctors. Elakshi is also a dentist. She was very good in studies since childhood. The family also wanted her to get MBBS degree but she did a BDS course.

Elakshi started her career in the year 2015. In 2015, she was crowned by Mrs.India Globe. After this competition, she thought of completing her dream of acting. Elakshi came to mumbai and started her journey with modeling and ramp walk. She also auditioned for several films and television shows. She has so far worked in many films such as Qaidi Band, Love Betting, Bazaar, Drive and Taanhaji. Apart from Hindi films, she is also active in Marathi films and television shows.

Some Facts About Elakshi Gupta

If you have more Details about Elakshi Gupta. Please comment below we will updated within a hour.