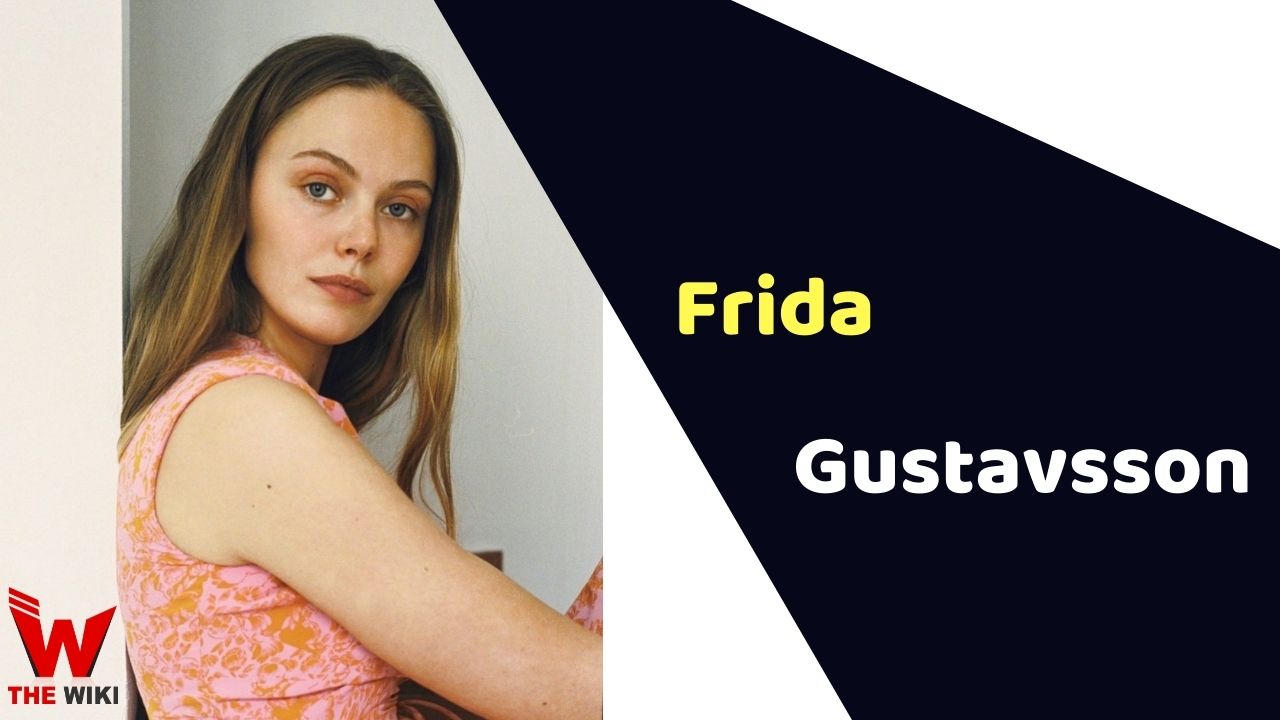 Frida Gustavsson is a Swedish film & television actress and model. She was the fourth most popular model for the 2010 spring season, in the footsteps of Kasia Struss, Liu Wen, and Constance Jablonski. She is best known for playing lead role of Freydis Eriksdotter Netflix’s drama series Vikings: Valhalla in 2022.

Frida Gustavsson was born on June 6, 1993 in Stockholm, Sweden. She completed her schooling from Oscarsgymnasiet and went St Martins Gymnasium, Sundbyberg and Linköping University for graduation.

Gustavsson rosed her career with the television series Nar Karusellerna Sover as Klasskamrat in 1998. She acted in the mini-series Arne Dahl: Efterskalv as Jenna Svensson in 2015. In 2019, she portrayed the character of Vuxna Thea in the television series Dröm. Gustavsson played the role of Ma (or Visenna), Geralt’s mother, in the fantasy-drama series The Witcher in 2019 starring Henry Cavill, Freya Allan and Anya Chalotra. The same year, she appeared in the show The Inspector and the Seas as Luna Akkers which based on the Mari Jungstedt crime novel.

Frida Gustavsson tied the knot with Hjalmar Rechlin at the Katarina Church in the year 2015. They both got separated in the year 2017. In 2018, she allegedly had an affair with Marcel Engdahl.

Some Facts About Frida Gustavsson

If you have more details about Frida Gustavsson. Please comment below we will updated within a hour.