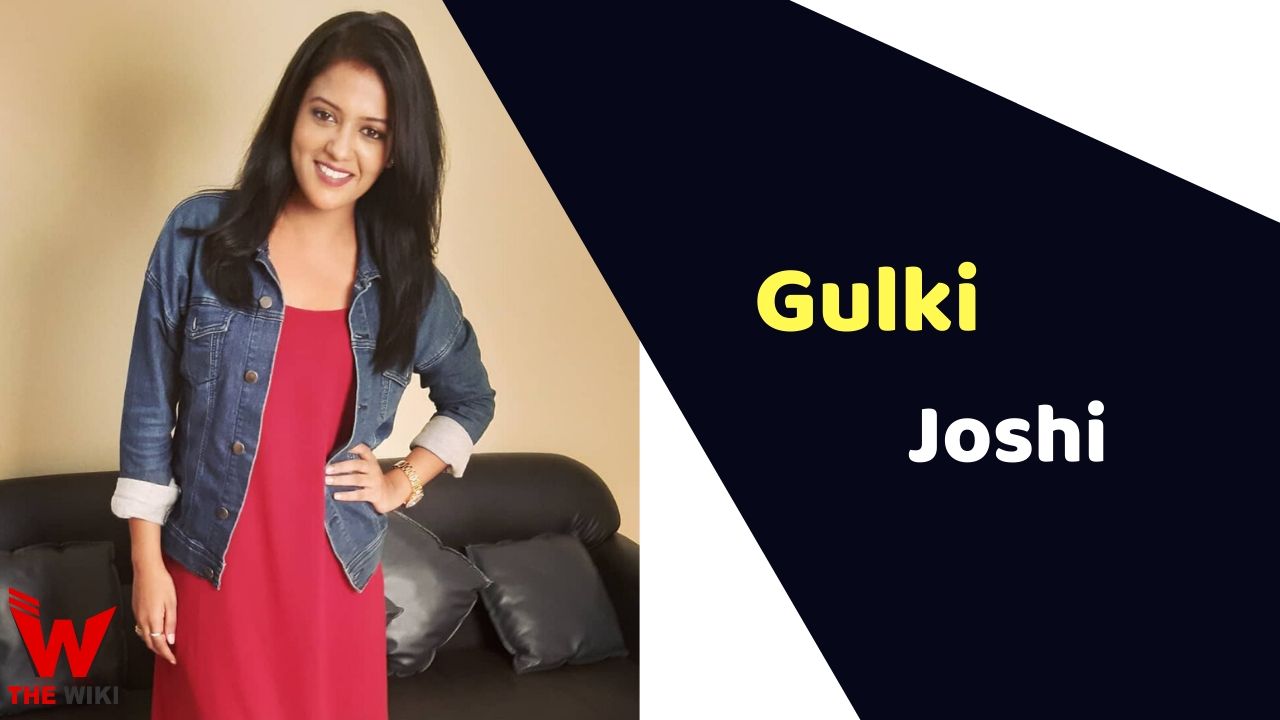 Gulki Joshi is an Indian television actress. She is known for playing lead role of Haseena Malik in SAB Television show Maddam Sir. In addition, she has also appeared in television shows such as Phir Subha Hogi, Piya Rangrezz, Piyaa Albela and Nadaan Parindey Ghar Aaja. She started her career with the show Crime Patrol in 2011.

Gulki Joshi was born on 17 May 1990 in Indore, Madhya Pradesh. She was fond of acting since childhood. Her father Rakesh Joshi has been a director and her mother Arachana Shintre was a television actress. Due to Gulki’s parents being associated with the acting field, she shifted to Mumbai at very young age. She received early education from Veer Bhagat Singh Vidyalaya, Mumbai. After which she completed her graduation in acting from Mithibai College, Mumbai.

Gulki started her career with the episodic show Crime Patrol in 2011. After this she played the role of Sugni Singh in Phir Subha Hogi. After this role, Joshi never looked back. She has so far worked in the television industry in Nadaan Parindey Ghar Aaja, Piya Rangrezz, Paramavatar Shri Krishna, Ek Shringaar-Swabhiman, Piyaa Albela and Maddam Sir.

Some Facts About Gulki Joshi

If you have more details about Gulki Joshi. Please comment below we will updated within a hour.