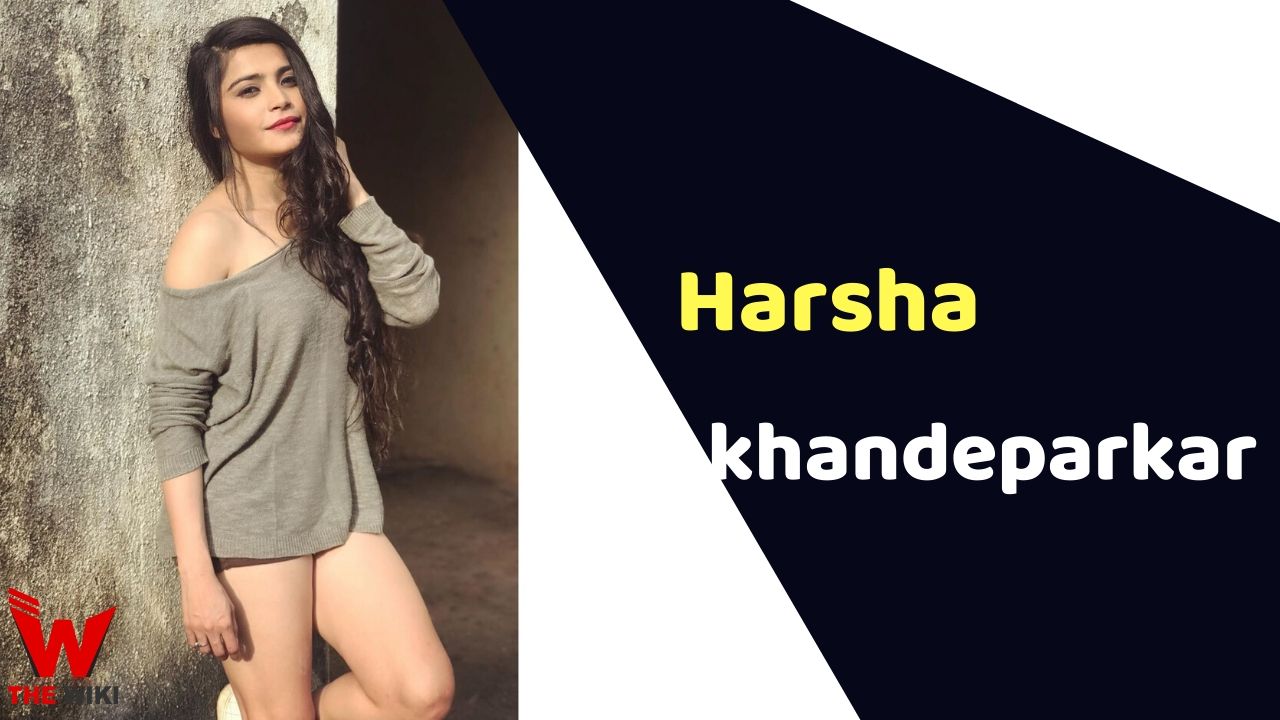 Harsha Khandeparkar was born on 26 October 1989 in Goa. She has been very fond of acting since childhood. She always wanted to work in the glamor industry. Harsha did her Primary education from St. Xavier College, Goa. She moved from Goa to Pune to study graduation. SHe completed her B.Sc. degree in Zoology from Fergusson College, Pune.

After graduation, Harsha started auditioning for television shows. She made her television debut with 9x Channel show Neelanjana in 2008. In this show, she played the female lead actress. After this, she also played the main character of Rajshree Garodia in the Star One’s show Hum Dono Hain Alag Alag.

After doing both these shows, she played an important role in many television shows like Uttaran, Pyaar Ka Dard Hai Meetha Meetha Pyaara Pyaara, Laal Ishq, Khwabon Ke Darmiyaan, Radhakishan. Apart from this, she also appeared in episodic shows like CID, Fear Files, Code Red and Love by Chance.

Harsha has been active in the acting industry since 2008, during which she has also worked in films. She was seen in the Marathi film Ticha Umbartha.

Some Facts About Harsha Khandeparkar

If you have more Details about Harsha Khandeparkar. Please comment below we will updated within a hour.